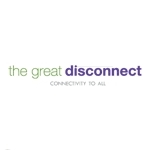 Rural telcos in Iowa have created a new coalition called The Great Disconnect, which according to a press release issued April 20, is aimed at addressing “the lack of understanding about telecommunications in Iowa and a potential double standard regarding communication services in urban versus rural areas.”

Strong points
On the positive side, The Great Disconnect coalition has established an interactive web site designed to help fill in the information gap about rural telcos.

The site depicts a rural landscape depicting a clickable farm home, rural gas station, rural health care facility, farming equipment and the like. As the user clicks on each of these elements, a message appears that explains how modern telecommunications infrastructure can help support that element. Some of these messages emphasize the benefits of modern infrastructure to rural residents, noting for example that telemedicine can help everyone receive high-quality health care. But the site also plays to the self-interests of metro residents who may pass through rural areas, noting for example that rural gas stations need the ability to process credit cards.

The site also plays up the importance of rural telecom networks in supporting nationwide wireless service. “When you drive down the interstate, your cellphone gets its signal from towers that are connected to a landline,” the site says. “Calls don’t simply travel ‘over the air’ – they require a direct connection to a landline network . . . A telecoms fiber optic network enables . . . cellular call and data transfers to happen.”

The new coalition also has taken the smart step of lining up local supporters to help illustrate the impact that broadband can have on rural communities. For example, the press release announcing the coalition quotes Dr. Steven Kraus, CEO of Future Health, an EHR software company in Carroll, Iowa. “Our software company services customers all over the nation,” said Kraus in the announcement. “Connectivity in rural Iowa is critical to our survival and success within our business’ competitive landscape.”

Not-so-strong points
Now here’s the not so positive side of what The Great Disconnect is doing.

The coalition’s concern about a potential double standard apparently refers to the contradictory nature of the National Broadband Plan’s goal of seeing 100 Mb/s service to 100 million households by 2020 in comparison with the NBP’s proposed target of just 4 Mb/s for the proposed broadband Universal Service fund.

I was disappointed to see the coalition continuing to focus on the NBP, issued more than a year ago, rather than the FCC’s more recent notice of proposed rulemaking about Universal Service reform issued two months ago.  That NPRM retains some of the NBP’s recommendations, including the 4 Mb/s broadband target, but leaves open the possibility of rejecting some other NBP recommendations that could be potentially more harmful to rural telcos than the broadband speed target, such as the recommendation to award funding based on a reverse auction or to end rate-of-return regulation.

It’s important to recognize that the 100 Mb/s goal is not one for which the FCC proposes to provide funding. Instead, it’s a goal that cable companies in metro areas are well on their way to reaching with DOCSIS 3.0. That doesn’t mean the service will be priced at the rate people now pay for lower-speed service nor does it mean that all, or even most, of cable company customers will be taking service at that speed any time soon.

I’m not saying 4 Mb/s is the right speed target for the broadband Universal Service program. I think it should be higher. But to establish a 100 Mb/s goal for the broadband Universal Service program just isn’t realistic at this point in time because it would cause the cost of the program to increase enormously, so let’s not give the average citizen unrealistic expectations.

Apparently recognizing this, national rural telco groups–including the NTCA and OPASTCO–have toned down their rhetoric on this topic in recent months. Instead of focusing on specific broadband speeds, both groups now argue simply that broadband speeds in rural areas should be comparable to those in metropolitan areas.

What to take away from this
Fortunately, The Great Disconnect coalition stays away from a discussion of speeds in the resources that it makes available to Iowa residents on its site. For example, the site includes a sample letter to the editor, which it encourages Iowans to send to their local media outlet. Here’s an excerpt:

“The Universal Service Fund . . . plays a valuable role in our state’s economic development, education and health care. Rural telephone companies provide the underlying telecommunications network that makes it possible for businesses to operate in, and relocate to, rural parts of our state. The telecommunications network also brings distance learning opportunities to school districts that do not have enough students to support full-time teachers in select subjects. And for many residents in small towns, the telecommunications network links community medical facilities to major hospitals, bringing the world-class medical care and expertise to patients wherever they are located.”

This is the kind of language I would encourage rural telcos in other states to use in creating similar resources for their own citizens. One change I would make, though, is to include some recognition that the FCC is planning to reform the Universal Service program to focus on broadband and that, in principle, it’s a good idea.

Providing resources such as these seems like another good idea that rural telcos in other states might want to borrow from The Great Disconnect. I would just advise other telco groups not to emulate The Great Disconnect’s fixation on the NBP and the tired 4 meg vs. 100 meg debate.