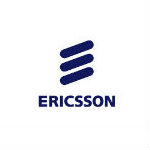 In a telling sign of the times, an IoT connections forecast from Ericsson calls for the number of Internet of Things connections to surpass that for mobile phones in 2018, Ericsson highlights in a news release.

“IoT is now accelerating as device costs fall and innovative applications emerge. From 2020, commercial deployment of 5G networks will provide additional capabilities that are critical for IoT, such as network slicing and the capacity to connect exponentially more devices than is possible today,” Rima Qureshi, Ericsson SVP and Chief Strategy Officer, was quoted in the press release about the Ericsson IoT connections forecast.

Coincidentally, the time teens spend watching TV on TV sets has dropped 50 percent. There was a corresponding increase of 85 percent in smartphone viewing of TV and video.

Turning to wireless broadband, Ericsson anticipates an industry milestone will be surpassed this year as commercial LTE networks deliver peak download speeds of 1 Gbps. Devices that can support that rate are expected to be introduced in the U.S., Japan, China and South Korea in 2Q16, Ericsson notes.

Other key takeaways from Ericsson’s latest Mobility Report include: