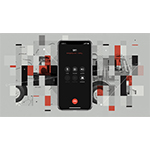 According to Apple, nearly four in five 911 calls are presently coming from mobile devices, but 911 centers still have technologies built primarily for the landline-era infrastructure, so locating 911 mobile callers is extremely difficult.

The next step occurred today, when Apple said it would add emergency technology company RapidSOS’s Internet Protocol-based data pipeline to securely and quickly provide HELO location data to 911 centers. Doing so should improve response times. RapidSOS’s system will integrate with many 911 centers’ existing software to provide the emergency location data of iOS users, according to Apple.

The FCC will require carriers to locate callers to within 50 meters at least 80 percent of the time by 2021.

“Communities rely on 911 centers in an emergency, and we believe they should have the best available technology at their disposal,” said Tim Cook, Apple’s CEO, in a prepared statement. “When every moment counts, these tools will help first responders reach our customers when they most need assistance.”

User data cannot be used for any non-emergency purpose  — only the responding 911 center will have access to the user’s location during an emergency call. The data will not be retained.

“911 telecommunicators do extraordinary work managing millions of emergencies with little more than a voice connection,” said RapidSOS CEO, Michael Martin, in a prepared statement. “We are excited to work with Apple to provide first responders a new path for accurate, device-based caller location using transformative Next Generation 911 technology.”