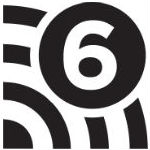 The Wi-Fi Alliance announced a new Wi-Fi naming structure to do away with all of the 802.11x designations for the ubiquitous wireless networking technology used by everyday consumers across the globe. Wi-Fi will just have a single number by it now, like Wi-Fi 6, which represents 802.11ax technology.

There is also Wi-Fi 5 for 802.11ac technology and Wi-Fi 4 for 802.11n. The new numerical naming system is less “techy” and follows the logic of mobile wireless generation naming structures of 3G, 4G, and 5G.

“For nearly two decades, Wi-Fi users have had to sort through technical naming conventions to determine if their devices support the latest Wi-Fi,” said Edgar Figueroa, president and CEO of Wi-Fi Alliance in a press release. “Wi-Fi Alliance is excited to introduce Wi-Fi 6, and present a new naming scheme to help industry and Wi-Fi users easily understand the Wi-Fi generation supported by their device or connection.”

Wi-Fi vendors, many of whom make up the Wi-Fi Alliance, offered enthusiastic support for the new naming system and hope it simplifies Wi-Fi marketing and integration efforts. The Wi-Fi Alliance expects device and OS vendors to start incorporating the terminology in user interface visuals.