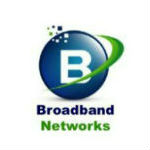 Fixed broadband wireless provider Omnicity should gain a new lease on life, now that a new management team has purchased the bankrupt company. Broadband Networks, a company formed solely to purchase Omnicity, said this week that it will continue to operate the company, which serves more than 5,000 customers in rural Ohio and Indiana, under the Omnicity name.

“We hope to revive this company with some capital,” said Omnicity Community Affairs Officer David Bash in an interview. “It was successful in the past and we would like it to be successful again.”

Because Omnicity was short on funds in the last year or two, upgrades to the network were not made and some towers were overloaded, causing some customers to cancel service, said Bash. Upgrading that infrastructure and winning back customers will be the top priorities for the new management team, which has considerable cable industry experience.

“We want to re-ingratiate ourselves with customers who may not have had a good experience in the past,” said Bash. “We want to be so customer-focused that we can win people back.”

Bash also noted that some of the Omnicity infrastructure has plenty of room to support additional customers. “We think there’s a lot of pent-up demand,” he said, noting that the company operates in areas where other terrestrial broadband options are not available.

The technology underlying Omnicity’s service can cover distances of up to seven miles when line of sight is available, Bash said. The company has more than 250 tower locations, each of which can serve as many as 20 to 30 customers. The company charges about $42 a month for service.

If the company is successful over the next two to four years, it envisions expanding its service area by building additional infrastructure.

Bash declined to provide details on why Omnicity went bankrupt but it may have been related to difficulties integrating other broadband fixed wireless operations which it acquired.

Broadband Networks would not rule out making acquisitions of its own, Bash said, but he noted that “you have to be really careful with that; it would have to be a really good win/win for us to acquire another provider—we would rather grow organically.”

One thought on “Interview: Broadband Networks Buys Omnicity Out of Bankruptcy”