Consumers are migrating away from PC-based Internet usage and are increasingly using mobile devices as their default gateway to the Internet, according to International Data Corporation. That shift to “mobile first” Internet access is especially pronounced in the U.S. market.

In fact, perhaps for the first time, the number of people using PCs for Internet access is shrinking, even as PC access grows elsewhere in the world. That doesn’t necessarily mean the number of fixed access lines drops, only that PCs are not the devices using those connections. 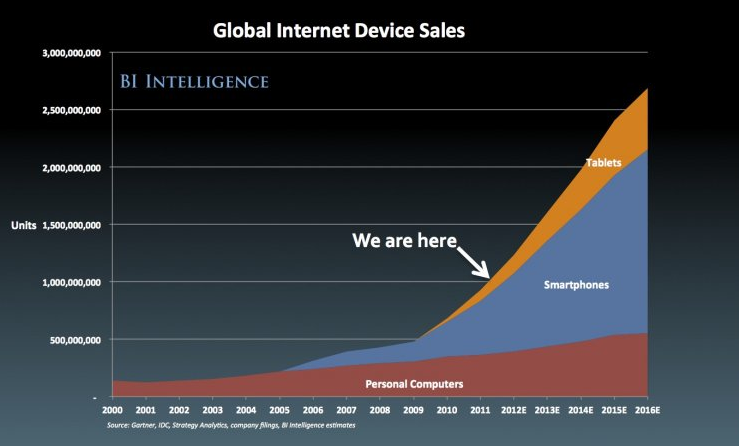 Other studies back up those contentions. The use of mobile devices to access the Internet is becoming the medium of choice, with 69 percent of all Internet users surveyed doing so daily, according to Mobile Web Watch 2012, a study of consumers in Europe, Latin America and South Africa conducted by Accenture..

In addition, consumers are using multiple devices to connect to the web, including smart phones (61 percent), netbooks (37 percent), and tablets (22 percent), the Accenture study suggests.

The study found that emerging economies such as Brazil, South Africa and Russia also have rapidly adopted mobile devices (more than 70 percent, on average) to access the Internet, Accenture says.

Given their affordability, smart phones are more likely than other devices to serve as access gateways to the Internet in these emerging markets. This trend is set to continue, with a higher percentage of respondents in emerging markets expressing their intention to buy a Web-enabled mobile phone in the near future (Brazil, 78 percent; Russia, 73 percent; Mexico, 61 percent; and South Africa, 57 percent) as compared with an average of 46 percent for all countries surveyed.

In developed European economies, mobile Internet is also on the rise. In Germany, adoption of mobile Internet access using smart phones has tripled since 2010 (from 17 to 51 percent), the study found.

In Switzerland, today 67 percent of respondents use Web-enabled mobile phones to go online, compared to 27 percent in 2010. In Austria, the percentage of mobile Internet users has doubled in two years (from 31 to 62 percent).

Information apps, such as train schedules, the weather, or news are the most popular downloaded apps, according to 72 percent of survey respondents, followed closely by entertainment apps (70 percent).

And there is confirmation of the importance of access network quality. Fully 85 percent of the respondents said that the “quality of the network” was the most important factor in selecting a smart phone or tablet.

As you would expect, “communications” leads applications used frequently by mobile Internet users. Sending or receiving e-mails through an installed program is the most popular feature among all respondents (70 percent), followed by accessing online communities (62 percent) and instant messaging (61 percent). 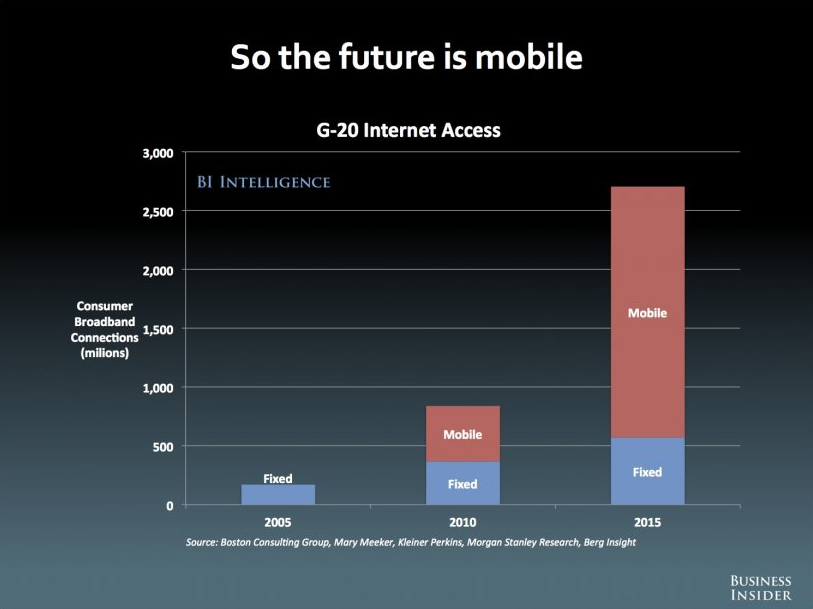 In the United States., the number of people accessing the Internet through PCs will shrink from 240 million consumers in 2012 to 225 million in 2016. At the same time, the number of mobile users will increase from 174 million to 265 million.

In 2015, for the first time ever, there will be more U.S. consumers accessing the Internet through mobile devices than through PCs.