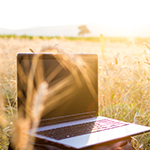 The Universal Service Administrative Company (USAC) has updated the interactive rural broadband CAF map originally made public in October. The map shows areas eligible for funding under the Connect America Fund (CAF) program, including those where broadband service already has been deployed.

CAF Map
The map is highly detailed and gives users the ability to click on a dot on the map to reveal the address of the location to which service has been deployed that is represented by that dot. Also included are the latitude and longitude of the location, the provider that deployed the service and the maximum speed available to the location.

The map also is color-coded to indicate areas that received different types of funding, including:

Users also can see summaries of locations served by state and by provider.

“The CAF Map is a key source of information about CAF-supported broadband deployment for consumers, policymakers, researchers and others,” wrote USAC in an email to entities on its e-mail distribution list.

The detailed information included in the updated CAF map stands in sharp contrast with information about broadband availability outside areas that were targeted for the various funding programs.

Numerous entities have expressed concern that when areas eligible for funding were initially determined, many areas that should have been eligible were not included. This occurred because policymakers considered an entire census block to be served even if only one location actually has broadband available to it. In some cases, a census block might have been disqualified simply because a provider said it could easily deploy service there, even though it had not yet done so.

The National Telecommunications and Information Administration and service provider association USTelecom both have projects underway to correct this problem. Legislators also may get involved, as the Senate last week held a hearing on the same issue.