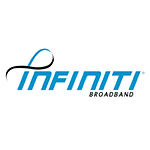 Some Telecompetitor readers may remember Johnson from his days with Nex-Tech Wireless, a Kansas-based rural wireless network operator.

The Infiniti Broadband Offering
Infiniti’s offering will be based on equipment from Huawei based on LTE-TDD, also known as TD-LTE. Johnson declined to reveal pricing or the data rates that Infiniti Broadband will be offering. But he noted that “We will have a leading edge with the technology we will bring to market.”

Infiniti will use a mixture of licensed and unlicensed spectrum. According to Johnson, the company has 50 MHz in the 3.5 GHz band across all of its markets. The company acquired its licenses through a private transaction.

Bankrolling Infiniti Broadband is a single private investor with experience in telecom, Johnson said. Initial deployments will be self-funded, but in the future “we will look for financial partners if the fit is right,” Johnson said.

Until recently the broadband wireless business was comprised of numerous small companies, each serving a relatively small number of customers. But that’s beginning to change.

And Rise Broadband has been serving as a consolidator in the broadband wireless market. Executives from Rise, previously known as JAB Broadband, have previously noted that the economics of the business are very favorable.