Home » In a Bit of Irony, Skype Allegedly Blocks Service on Their Network 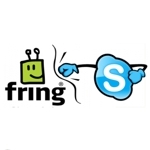 What goes around, they say, comes around.

There is no doubt that in the consumer market, Skype has been one of the most disruptive technologies in modern telecommunications.  Essentially, by making use of existing consumer telecom broadband connections, Skype enables a high quality telephone like experience at no charge for calls between consumers that both use Skype.  Currently, this is available on a variety of platforms from mobile devices to PCs and even entertainment consoles for the living room.

Since inception, Skype has often been characterized as having one mission: the complete destruction of the traditional telecom market of charging for phone calls.  Of course, history can be a funny thing sometimes.  Here’s a few quotes to prove the point…

“The telephone is a 100-year-old technology. It’s time for a change. Charging for phone calls is something you did last century.”

“I knew it was over when I downloaded [the application]”

“We believe in communication openness”

Can you guess the names behind these quotes?  (Hint: a founder of Skype, A former chairman at the FCC, a founder of Fring)  Okay, time’s up — the answers are in the order of the hint.

While you probably have heard of Skype and the FCC, you might not be familiar with Fring.

Fring might sound more familiar than you think.  Essentially, by making use of existing Skype connections, Fring enables a high quality video call like experience at no charge for calls between consumers that both use Fring. Currently, this is limited to specific mobile devices but Fring has plans to expand this connectivity to more platforms such as mobile devices to PCs and even entertainment consoles for the living room.

So in other words, Fring is riding Skype’s network and offering a free service, and apparently Skype is none to happy about it. Having any Déjà vu?

While the immediate thought of the “chickens coming home to roost” might be amusing for those that remember how Skype thundered on the telecom scene years ago, the reported response from Skype leaves little to the imagination: they have allegedly blocked Fring, saying that Fring is “damaging our brand and reputation.” There is some debate about the actual ‘blocking,’ but it is clear that Skype has decided that Fring is no longer welcome, at least in its current format, on Skype.

Here’s another choice quote from the folks at Fring:

“We are disappointed that Skype, who once championed the cause of openness, is now attempting to muzzle competition, even to the detriment of its own users”

So, what do you think?  Does Skype have a legitimate right to block an application that rides on their network? And isn’t ironic that Skype is involved in such a dispute?

Having any Déjà vu?﻿

9 thoughts on “In a Bit of Irony, Skype Allegedly Blocks Service on Their Network”