Home » In a Big Cable First, Charter Plans to Participate in RDOF Auction; Eyes Billions in Funding for Rural Broadband 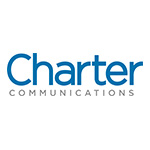 Charter plans to participate in the Rural Digital Opportunity Fund, or RDOF auction, according to an 8-K filing made this morning. Depending how successful the company is in the auction, the build-out could involve multiple millions of locations and an investment of multiple billions of dollars, Charter said.

Major cable companies-turned-broadband providers such as Charter traditionally have not participated in government funding programs. They weren’t eligible for the traditional Universal Service Fund program and either didn’t participate in or didn’t win funding in the Connect America Fund CAF II auction, which was open to a broader range of service providers. But Charter sees opportunity in the RDOF.

“Charter expects that these potential significant investments will generate long-term infrastructure-style returns for Charter shareholders by further taking advantage of the efficiencies of the scale and quality of our network and construction capabilities while offering our high quality products and services to more homes and businesses,” said the company in the 8-K filing.

Charter noted that it has invested nearly $50 billion in technology and infrastructure in the past five years, including making service available to more than 1.5 million new homes and businesses, of which about 30% are in rural areas.

The RDOF auction, scheduled to begin in October, will award rural broadband funding for areas where high-speed service isn’t available using a reverse auction process, with funding for an area going to the network operator that commits to providing service for the lowest level of support.

The researchers noted that Charter already has been deploying fiber-to-the-home (FTTH) in some rural areas and “our understanding is that they have been pleased with the returns.”

FTTH can easily support gigabit speeds, which could give Charter a bidding advantage in the RDOF, which will use a weighting system to favor bids to provider higher-speed, lower latency service.

“Bringing true gigabit speeds to previously unserved and/or underserved markets virtually guarantees both rapid uptake and high terminal market share,” wrote MoffettNathanson. “And if earning a return on even the first high capacity network to such markets requires a subsidy, then the risk that there will eventually be a second (competing) network in these markets is almost nil.”

The researchers caution, however, that Charter’s plans are bad news for CenturyLink and Frontier, whose local telecom and broadband service territories overlap with Charter. Areas targeted for the RDOF include those where the incumbent local carrier is one of the nation’s larger price cap telecom companies and where that carrier has not deployed broadband at speeds of at least 25 Mbps downstream and 3 Mbps upstream. According to MoffettNathanson, about 18% of CenturyLink’s footprint is overlapped by Charter, while for Frontier that number is 40%, with most of the vulnerable areas in California, Texas and Florida.

Price cap carriers — including CenturyLink and Frontier, as well as AT&T and others – also will have the opportunity to bid in the RDOF auction. But the results of the previous CAF II reverse auction suggest that those carriers may be unlikely to win much funding in the auction.

The big winners in the CAF II auction were rural electric cooperatives and fixed wireless providers that apparently bid aggressively in the auction.

Charter will be up against some of those aggressive bidders as well. Some smaller rural cable companies also bid and won in CAF II, however, suggesting that Charter also has a shot at some wins.

How many is anyone’s guess. Nevertheless, the company’s planned participation is one of the biggest developments so far involving the RDOF – and a development Telecompetitor will be tracking closely moving forward.