Publishers Note: We’re happy to announce the telecompetitor.com team is growing! Our latest contributing editor is Steve Hawley. Steve is a well known industry analyst who covers the IPTV and digital media sectors. Steve brings a great perspective to the telecompetitor community and I hope you’ll join me in welcoming him 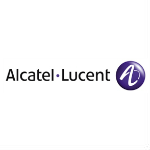 Alcatel-Lucent’s annual industry analyst meeting took place against a challenging backdrop.  Since the company’s creation in 2006, Alcatel-Lucent has had just one profitable year (2011), and the current economic slump – particularly in Europe – won’t help in 2012.

But this week’s launch of Alcatel-Lucent’s 7950 XRS Core Router was an expression of confidence that the company will weather the storm.  On a positive note, Basil Alwon, President of ALU’s IP Division and VP of Networks Strategy noted that “Some of our customers are experiencing as much as 50-60% traffic growth per year” —  a reality that should help create a market for the core router and other ALU offerings.

Overall, the event had highlights from all three of ALU’s operating segments — networks, services and applications — and provided examples of how the company’s products and services are increasingly being designed to help service providers differentiate themselves.

The new core router
Since entering the category in 2000, ALU has built a $2 billion business with more than 400 customers in the core IP router category, against formidable competition from Cisco, Juniper, Huawei and others.  The 7950 XRS accommodates up to 80 100gigE ports per rack, claiming 5x density and more power efficiency compared to its competitors.  It’s also positioned as a way to add intelligence and storage at the metro/aggregation tier of their networks, to help accommodate bandwidth-intensive applications such as video transport without having to drive all of the traffic and control back to the core.

Product co-creation
Also of note was Alcatel-Lucent’s “product co-creation” methodology, which involves customers early in the development process, so the customers can bring their requirements and not be surprised by the resulting product.  Rather than building commodity products to sell at volume and competing on price, ALU has deliberately chosen to focus on a small number of key product areas where it can add value: the cloud, optical transport, IP and 4G LTE.  ALU benefits by being able to provide more relevant products; not to mention a higher likelihood of making the sale.  Not coincidentally, executives from Verizon and Sprint both made presentations at the event.

Another key ALU theme is to enable operators to implement application-specific and feature-specific end-to-end QoS and E2E policies.  The President of ALU’s Wireless Division, Wim Sweldens, noted that application enablement helps operators optimize their opportunities with OTT: “…by being able to treat different types of bits differently, based on the profile of the user, how busy the network is, which content is being consumed, from which source, on which device, over which access; and to do it in a fully network neutrality compliant way by embedding regulatory logic into applications.”  One panelist commented that some ALU customers have allocated sufficient resources to support any developer – even shops with one person – because they recognize that innovation can come from anywhere.

Given this claim, I asked one of the panels whether (or how) ALU might offer policy management APIs so application developers could optimize video delivery within applications.  Sprint CTO Stephen Bye answered that video optimization might be applied to augmented reality applications (which I thought was somewhat of a non-sequitur answer).  Later, I realized that pay TV operators might be reluctant to expose video optimization APIs to outside developers because it might distract consumers from using the operators’ own mobile video apps.  Of course those operators can still leverage such policy management capabilities within their own apps.

Other topics
Other sessions topics included the Alcatel-Lucent lightRadio wireless access platform, ALU cloud and video solutions, and ALU services; each with views of the market opportunity, the products and customer case scenarios.  Software advances underway at ALU include software-defined networks, wavelength tracking to help operators identify problems in the network, and control-plane software that helps with provisioning, network self-diagnosis and self-healing.  ALU also spoke often about its in-house technologies.  For example, the 7950 XRS core router uses Alcatel-Lucent’s proprietary FP3 silicon to achieve its high capacity and power efficiency.

Day One’s closing session was an interview with Alcatel-Lucent CEO Ben Verwaayen.  When asked whether his company would monetize its intellectual property by divesting it – as did Nortel Networks and Nokia Siemens Networks – he voiced respect for these competitors.  Then he exclaimed that “We will monetize our intellectual property, but not by divesting it.  Instead, we will leverage it in our products, services and software.”  When he was asked which of ALU’s products or technology initiatives was his favorite, he sidestepped.  But on the second day, Wireless Division President Sweldens recalled the comment and noted that Mr. Verwaayen “loves all of his children.” 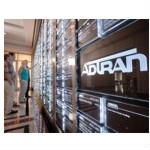 One thought on “Impressions from the Alcatel-Lucent 2012 Technology Symposium”