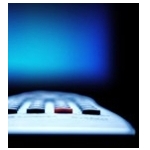 Cable and now satellite subscriber numbers may be declining, but Americans continue to sign up for Internet Protocol Television (IPTV), the only segment of the U.S. pay-TV market to experience growth in this year’s second quarter, according to IHS.

Overall U.S. pay-TV subscriber numbers declined by 352,000 during 2Q 2013. Leading the way down, cable providers lost 588,000 subscribers in 2Q. Though that was a slight improvement from the 598,000 they lost during the year-ago period, “the decrease still represented a major plunge for the embattled business,” IHS analysts point out.

Satellite pay-TV subscriber losses widened meanwhile, to 162,000 in this year’s 2Q, sharply higher than the 62,000 loss of the year-ago period.

Bucking the trend, AT&T’s U-verse added 233,000 new subscribers in 2Q, to log its second largest sequential increase since 2009. Verizon FiOS added 140,000 new subscribers, including having achieved an extraordinary 50% penetration rate in the Dallas pay-TV market where it was first launched.

Looking at overall pay-TV market shares, cable still accounted for 55% of total U.S. subscribers as of the end of June. Satellite pay-TV providers captured 34% of the U.S. market while IPTV providers accounted for “an upwardly mobile share of 11 percent.”

“Of the three segments in the U.S. pay-TV market, the IPTV sector is enjoying growth, especially in urban areas where it is luring subscribers away from satellite,” IHS U.S. television analyst Erik Brannon was quoted in a press release.

“In particular, satellite’s lack of a true high-speed Internet service or a triple-play bundling option puts it at a disadvantage when competing against IPTV and cable. Cable, meanwhile, has its own problems, including disagreements between operators and content providers over rising programming costs that squeeze customers in the middle.”

The overall base of U.S. pay-TV subscribers is shrinking even as competition and internecine disputes among cable, satellite and IPTV pay-TV providers continues, IHS analysts say. The total number of U.S. pay-TV subscribers will decline 146,000 through this year’s first six months, “the first time ever that the industry began the first half of a year with a net loss in pay-TV customers.”

IHS foresees that decline extending for all of 2013, another dubious first. U.S. pay-TV subscriber numbers will drop to 100.77 million from 100.89 million this year, IHS forecasts.

The growing number of those who have never had a pay-TV subscription, so-called “cord-nevers,” plays a part in pay-TV’s declining subscriber base, as do the difficult economic times and the comparatively high cost of pay-TV subscriptions, according to IHS.

“Confronted with economic choices, IHS believes that consumers are likely to opt to keep their cellular and high-speed data service over a pay-TV subscription,” IHS analysts say.

Looking to stem the tide or find alternative revenue sources, cable and satellite pay-TV providers are exploring new market segments, services and ways of delivering them, IHS analysts note. These include “new paradigms to deliver content to the home and even completely new fields like home-monitoring services.”

IHS holds up DirecTV and Cox Communications as cases in point. Having lost 84,000 customers in 2Q, DirecTV has launched into the home security market via acquisition. Looking to “TV Everywhere” for additional revenues, Cox’s flarewatch is the first pay-TV-owned broadband IPTV service.