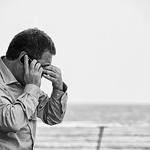 On a nationwide basis, a large percentage of wireless users are open to switching carriers, which means that marketing messages can be generic and broadly targeted, Gillott said.

“In rural areas, you have to be a lot more segmented . . . if you get all Taylor Swift-y on people, it’s not going to resonate,” he commented.

As for how to segment, Gillott noted, for example, that there are important differences between rural customers who use their service only for personal use and those who use it for business and personal communications. In particular, dual-use customers are likely to use their devices in a wider range of geographic areas and to be aware of areas lacking coverage. Accordingly, those rural carriers that have broader coverage than the national carriers may want to emphasize that and target dual-use customers.

“I cringe a bit when rural carriers say they can’t get the latest devices,” Gillott commented. “The iPhone 6 was available for the rural base a few weeks after the national guys.” And the situation with the Samsung Galaxy 7 was similar, he said. Additionally, many rural carriers now have deployed LTE.

Gillott also noted that some rural carriers may be able to offer something that three of the four national carriers can’t. Those rural wireless carriers that also have a local video business can bundle the services together. Of the Big Four national carriers, only AT&T — which now owns DirecTV — can make an equivalent bundled offer.

Gillott cautioned, though, that rural carriers wanting to gain market share against the Big Four may need to be prepared to offer price breaks – at least for a limited time – in order to get local residents to switch. The average rural wireless customer without children at home tends to stay with his or her current carrier because he or she believe switching would be too much trouble, Gillott noted.