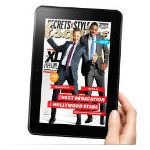 Holiday-season sales weren’t enough to avoid a disappointing 4Q 2015 for tablet shipments, which declined 13.7% year-over-year (YoY). Tablet shipments totaled 206.8 million for 2015 in its entirety, a 10.1% drop from 2014’s 230.1 million, according to the latest IDC Worldwide Quarterly Tablet Tracker.

Detachable tablets were a bright spot amidst the overall decline, IDC noted. Unit shipments rose to an all-time high of 8.1 million in 2015. Moreover, 4Q’15 shipments of detachable tablets more than doubled as compared to the year-ago period. In sharp contrast, pure slate tablet shipments dropped 21.1% over the same period.

The Tablet Sales Drop
“One of the biggest reasons why detachables are growing so fast is because end users are seeing those devices as PC replacements,” IDC research director for tablets Jean Philippe Bouchard was quoted as saying. “We believe Apple sold just over two million iPad Pros while Microsoft sold around 1.6 million Surface devices, a majority of which were Surface Pro and not the more affordable Surface 3. With these results, it’s clear that price is not the most important feature considered when acquiring a detachable – performance is.”

Competition among tablet OEMs and vendors continues to drive prices lower, and they haven’t hit rock bottom yet, according to IDC. Amazon’s $50 tablet ($42 for bulk orders) was a surprise hit among holiday season shoppers, earning Amazon the #3 spot among the top 5 worldwide. China-based OEMs such as Huawei and Lenovo continued to focus on the low-end of the tablet market, as well, as they look to expand outside their home country.

Elaborating further on the latest results, IDC senior research analyst Jitesh Ubrani said: “This quarter was unique as we had new detachables in the market from all three of the major platform players. Despite lukewarm reviews, the iPad Pro was the clear winner this season as it was the top selling detachable, surpassing notable entries from Microsoft and other PC vendors.

¨It’s also important to note that the transition towards detachable tablets has presented positive opportunities for both Apple and Microsoft. However, Google’s recent foray into this space has been rather lackluster as the Android platform will require a lot more refinement to achieve any measurable success.”

The low price of the latest Kindle propelled annual growth in Amazon’s tablet shipments of 175.7%, by far the highest growth rate among the top 5 OEMs. Samsung hung on to second place, though, like Apple, it too suffered a sharp fall of 18.1% in 4Q´15 shipments.

Fourth-ranked Lenovo’s 4Q´15 tablet market share held steady, although the China-based manufacturer shipped 3.2 million tablets, down 13.5% from 4Q´15. Number 5 Huawei has positioned itself well in the smartphone market, which should carry over to some extent in the tablet market, where the company is looking to expand by focusing on cellular-connected tablets.