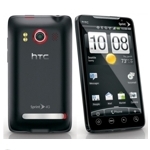 The global market for mobile phones grew 2.4% year-over-year (YoY) in this year’s third quarter (3Q), as vendors shipped a total 444.5 million units as compared to 434.1 million in 3Q 2011, according to the latest data from IDC’s Worldwide Quarterly Mobile Phone Tracker.

Sales of Samsung and Apple mobile phones fueled 3Q’s rise, even as Nokia dropped out of IDC’s Top 5 list of smartphone vendors. A total 179.7 million smartphones were shipped worldwide in 3Q as compared to 123.7 million in the year-ago quarter. That’s a 45.3% YoY growth rate, slightly above the 45.2% forecast by IDC.

Research in Motion moved into IDC’s Top 5 with Nokia dropping out, the first time the vendor hasn’t ranked among the top five since IDC launched its Worldwide Quarterly Mobile Phone Tracker in 2004.

“The company’s transition away from Symbian-powered smartphones to ones shipped with Windows Phone has left ample opportunity for rivals to steal share away from Nokia over the past 18 months. However, the smartphone market is still relatively nascent, which means there’s room for multiple vendors and operating systems to flourish, including Nokia.”

Nokia’s not the only smartphone vendor struggling through a transition, however. “Research In Motion, although still a market leader, expects to start shipping its first BB10 devices in 2013. Motorola, once the number 3 smartphone vendor worldwide, is redirecting itself under its parent company Google. These are just two vendors among many that feel the competitive pressure of Samsung and Apple, but are striving to create multiple points of differentiation to assert upward pressure.”

Apple ranked second, shipping 26.9 million units, essentially unchanged from a year ago. Apple’s iPhone 5 was available only for one week in 3Q, though more than 5 million iPhone 5s were sold in the first week of availability. How many iPhones will be sold during the holiday shopping season will play a large part in determining 2012’s totals, IDC points out.

Other vendors accounted for 41.2% of the global smartphone market in 3Q, shipping 74 million units, a 48.3% YoY gain.