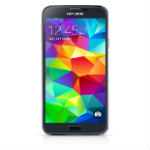 A total of 336.5 million smartphones were shipped worldwide by vendors in 2015’s first quarter (1Q’15), 16.7 percent more than the 288.5 million that were shipped in 1Q’14. 1Q’15’s smartphone shipment total was down 10.9 percent from the seasonally strong fourth quarter, when vendors shipped 377.5 million units, according to preliminary data from the latest IDC Worldwide Quarterly Mobile Phone Tracker.

Overall, vendors shipped 458.9 million smartphones and mobile feature phones combined in 1Q’15. That’s down 0.1 percent as compared to the 459.3 million shipped in 1Q’14, IDC highlights in a press release.

Samsung regained its position as the leading smartphone OEM worldwide in 1Q’15. Although the new S6 wasn’t available for the full quarter, a large volume of shipments to emerging markets and its line-up of lower priced smartphones fueled Samsung’s ascendancy, IDC says.

IDC expects falling smartphone average selling prices (ASPs) will ‘squeeze’ all OEMs. “At the high end it will be a battle between the Galaxy S6 and S6 edge from Samsung versus continued demand for the iPhone 6 and 6 Plus,” Chau added.