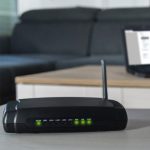 The enterprise WLAN market in the United States declined by 9.5% year over year as the COVID-19 pandemic closed businesses and slowed investments, according to IDC’s Worldwide 2Q 2020 Wireless LAN Tracker. That decline was largely offset by consumer WLAN growth, however.

The combined worldwide consumer and enterprise WLAN market grew 7.1% in the second quarter compared to the same quarter last year despite the enterprise struggles. It was a study in contrasts: The enterprise segment declined 9.5% — with revenues of $1.4 billion However, the consumer segment grew 20.3% year over year as homes became the focal point of business, education and other functions of everyday life.

Consumer WLAN Growth
The report shows significant growth for 802.11ax, which also is known as Wi-Fi 6, in the enterprise sector. The new standard represented 28.9% of revenues, an increase from 21.8% during the first quarter. Wi-Fi 6 shipments were 16.8% of the total compared to 11.8% in the first quarter.

The massive impact of an outside event – the pandemic – and the strength of Wi-Fi 6 suggest that the negative growth in the enterprise market likely is temporary. “The enterprise WLAN market saw mixed results across geographies, based largely on the spread of the COVID-19 global health pandemic,” Worldwide Networking Trackers Research Director Petr Jirovsky, said in a press release about the consumer WLAN growth and enterprise WLAN decline. “IDC research shows that while some enterprises are reducing spending for WLAN equipment, others have kept investment plans steady, with some even increasing spending. IDC predicts the enterprise WLAN will remain dynamic in the second half of the year.”

Clearly, the growth of Wi-Fi 6 is a positive sign amidst the mixed WLAN results during the past few months. In comparison with previous Wi-Fi standards, Wi-Fi 6 offers more and contiguous spectrum and wider channels. It also reduces interference. All this enables gigabit speeds, lowers latency and increases capacity.