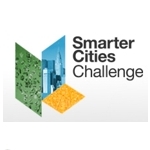 Cities still waiting to hear about their application to win a super-fast broadband network from Google might want to dust off that application, rework it and submit it to IBM, which has launched what it calls a “Smarter Cities Challenge.”

The computer giant plans to award about $400,000 in technology and services to each of 100 municipalities across the globe. According to a press release issued earlier this month by the company,  teams of IBM experts will “immerse themselves in local issues involving the administration of healthcare, education, safety, social services, transportation, communications, sustainability, budget management, energy and utilities.” After collecting and analyzing data, the consultants will provide concrete recommendations for the city

Several videos posted on an IBM smart cities website  suggest that consultants’ recommendations will skew toward projects that involve breaking down information silos or data repositories that cannot be shared with other systems. For example, a video about transportation touts the benefits of enabling toll systems, parking meters and other traffic-related systems to share data.

“Cities are vitally important to society and the economy,” said IBM Vice President of Corporate Citizenship & Corporate Affairs Stanley S. Litow in the announcement. “But they have enormous challenges and need the innovation, creativity and technical know-how to tackle longstanding, tough issues and plan for the future. We’re excited at the prospect of helping city leaders address the most demanding challenges of our time and make their cities even more liveable.”

Methinks IBM’s motivation is not totally altruistic. Potentially the company stands to gain paid consulting work from these initial engagements. At a minimum, it’s an excellent way for the company to gain expertise in smart city applications.

From an individual city’s point of view, however, it seems like this could be a great way of injecting some fresh thinking into their operations.

IBM said municipalities will be selected based on a number of criteria, including the ability to “clearly articulate between two and four strategic issues that can potentially and reasonably be acted upon.” The city’s track record of innovative problem solving, commitment to the use of technology and demonstrated willingness to provide time with city leaders will also be considered.

To ensure the success of the Smarter Cities Challenge, IBM said it already has chosen three cities to receive pilot grants, including Baltimore; Austin, Texas; and Mecklenburg County, N.C.