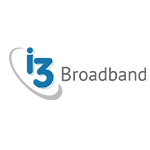 Regional broadband provider i3 Broadband has selected Huawei for broadband access gear to serve MDUs and FTTP in their central Illinois market. I3 will use Huawei gear for a growing MDU broadband focus to deliver triple play capability, according to a Huawei press release.

I3 serves the Champaign-Urbana and greater Peoria markets and recently announced a fiber broadband expansion. An expansion that will feature Huawei broadband platforms.

The announcement highlights a couple of important trends — the growing focus on MDUs by broadband carriers and Huawei’s approach here in the U.S.

I3 Broadband is currently building a FTTP network, but bringing FTTP to an MDU environment is complex and expensive. Rather than taking fiber to every unit in an MDU, providers aim to leverage in-building wiring – copper or coax usually. In i3’s case, they are going to use the Huawei distributed converged cable access platform (D-CCAP) to leverage coax cable to deliver triple play services in MDUs.

Huawei sees D-CCAP as a competitive advantage for them. “We’re implementing D-CCAP ahead of others and making it available to smaller providers,” said Sayeed Rashid, director of technical solutions sales at Huawei in an interview. “We’re not encumbered to an embedded base like others are so we can intro D-CCAP more aggressively.”

D-CCAP is similar in concept to G.fast, which also can leverage coax wiring, but is appealing to telcos because it leverages copper wiring as well. Cable providers may see advantages to D-CCAP because they’re used to coax and building their business around it. An all-fiber provider can choose what makes the most sense in any given situation.

For i3, who already has committed to a Huawei FTTP platform, using the D-CCAP platform made sense, because it is well integrated with Huawei’s MA-5800 PON series, according to Rashid. They are currently using that platform for GPON, but it possesses a software defined path towards 10G NG-PON says Rashid.

“As i3 Broadband continues to expand its all fiber, ultra-high speed network to more locations within the communities we serve, i3 Broadband is excited to be using Huawei MDU products, as their next-generation solutions will allow i3 Broadband to quickly acquire new MDU customers and speed our market delivery,” said Dan Kennedy, COO of i3 Broadband in the press release.

Huawei in the U.S.
The other trend of note here is Huawei in the U.S. It’s no secret that the huge Chinese ICT conglomerate has had its challenges breaking into the U.S. market. Geopolitical based headwinds are creating a significant challenge for the global company to expand here in the U.S., but it appears Huawei is blessed with patience.

The i3 Broadband win is illustrative of Huawei persistence here in the U.S. Bill Gerski, Huawei’s U.S. vice president of sales declined to tell Telecompetitor how many similar deployments they have here in the U.S., but did add, “business is good.”

Huawei is slowly building a customer base here in the U.S., targeting primarily smaller tier 2 and 3 broadband and wireless carriers. They are quiet with regards to progress, but have announced a few wins, including Pockinet and EOT in the Northwest among others, as well as a few wireless and WISP wins. They’re counting on that patience paying off over the long term.

Infinera and NEC to Modernize Mexico to U.S. Fiber Link with 800G