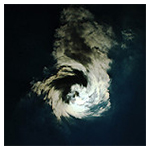 People in the Carolinas have either evacuated as advised, or should be prepared to be without power, access to stores and many other common necessities when Hurricane Florence slams into land within the next 72 hours.

But telecom providers are taking precautions to ensure even those who have stayed, as well as those who have taken to the road, still have access to basic communications, as USTelecom notes in a blog post about Hurricane Florence and telecom.

Hurricane Florence and Telecom
In addition, an AT&T/ FirstNet spokesperson noted some of the steps being taken to support FirstNet, the nationwide first responder mobile broadband network. AT&T and FirstNet are staging network assets in the Carolinas for quick deployment following the storm’s initial impact, the spokesperson said. Among the assets are 21 COWS (Cells on Wheels), and COLTs (Cells on Light Trucks), two emergency communications vehicles, two charging stations and a command center.

AT&T and FirstNet also noted that they have also placed additional COLTS in surrounding states. These units will be deployed if necessary. FirstNet-dedicated assets will also be available as needed to aid public safety. Excess FirstNet bandwidth will be used to provide additional connectivity to AT&T commercial users in the affected area. Additionally, AT&T will have liaisons trained in incident response staffing state Emergency Operations Centers – both in person and virtually.