A Congressional committee has scheduled a hearing for Wednesday, May 16 to review progress on the broadband stimulus programs that resulted from the 2009 American Recovery and Reinvestment Act. Several officials from the agencies that administered the broadband stimulus program are scheduled to appear, including Larry Strickling, administrator of the National Telecommunications and Information Administration, and Jonathan Adelstein, administrator of the Rural Utilities Service.

A memo from hearing organizers on the House Committee on Energy and Commerce Subcommittee on Communications and Technology leaves little doubt about organizers’ initial take on the topic.

“Despite claims of ARRA projects being ‘shovel ready,’ recipients of 233 [NTIA] awards worth $4 billion have spent just $1.6 billion of it so far,” the memo states. Organizers also express concern that stimulus funding recipients have spent only $968 million of $2.4 billion awarded by the RUS. According to the memo, the ARRA instructed the NTIA and RUS to give precedence to projects that could be substantially complete within project timelines not to exceed two years following an award. Yet less than a dozen out of a total of 233 NTIA projects have been completed, and RUS funding recipients have completed five projects out of a total of 320, according to the memo.

The telecom industry has cited several factors (not mentioned in the memo) to explain the apparent spending slowness such as an often long approval process for environment impact studies or a shortage of fiber cabling that resulted when the April 2011 tsunami took a key vendor offline. No doubt Strickling and Adelstein will review some of these factors at the hearing.

The memo also covers some old ground. It notes, for example, that  and that six NTIA awards worth $124.5 million have been returned or revoked  – topics that Telecompetitor and other news outlets have previously explored. On the RUS side,  $124 million in grants and $35 million in loans have been rescinded or revoked, the memo states.

Perhaps of greater concern are the memo’s questions about whether the NTIA and RUS may have approved stimulus projects that overbuilt existing broadband networks. The RUS has stated previously that in making awards it followed guidelines outlined in the ARRA, which allowed projects to address underserved as well as unserved areas.

The communications subcommittee memo does not indicate what action the committee might take as a result of Wednesday’s hearing, but some industry stakeholders have expressed concern that some people might try to claw back stimulus funding that has been awarded but not yet spent. Potentially that could also be a danger for projects that involved partial broadband network overbuilds.

The memo is rather dismissive about any consumer benefits that have resulted from the broadband stimulus program. Although it cites NTIA and RUS figures about the number of new households, businesses and anchor institutions that can now receive broadband as a result of the stimulus programs, it states that “demonstrating a direct cause between these projects and increases in broadband access or adoption is difficult.” The memo authors are unlikely to win many friends in rural areas with their statement that even without ARRA funding “95% of the country already had access to broadband.”

The memo also does not touch on a benefit often touted by program administrators — the number of jobs that have been created as a result of the broadband stimulus program. 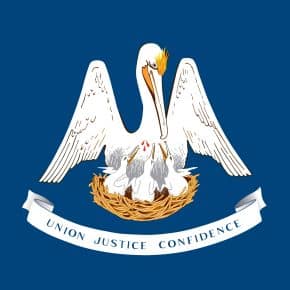