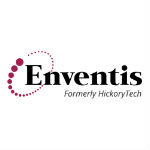 The latest example of a Tier 2 carrier honing its focus on broadband and business comes from HickoryTech, which announced today that it plans to change its brand to Enventis throughout its service area and, with shareholder approval, to change the company name to match. Currently the Enventis name is reserved for competitive local exchange carrier operations in Minnesota’s Twin Cities; Rochester, Minn.; Fargo, North Dakota and Des Moines, Iowa. But the name now will extend to the company’s ILEC and CLEC operations in more rural areas in the same region.

The name change “speaks to the sum of [our] parts and our focus on . .  . business and broadband,” a HickoryTech/ Enventis spokeswoman told Telecompetitor.

Enventis business services include services such as videoconferencing and unified communications.

These services have already been available to HickoryTech customers outside the Enventis service territory under the Enventis name. With the name change, the spokeswoman said, “We will see a greater alignment and focus overall.”

HickoryTech started out over a century ago as a local phone company serving rural Minnesota but has made a number of moves in recent years to recast its business. It has expanded substantially through the acquisition of companies such as CP Telecom and through its own fiber network construction.