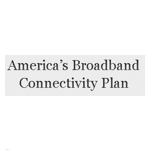 As anticipated, several key players in the telecom industry have submitted a plan for sweeping changes to the Universal Service Fund (USF) program and to the inter-carrier compensation (ICC) system. The plan, called America’s Broadband Connectivity Plan, was submitted by AT&T, CenturyLink, FairPoint, Frontier, Verizon, and Windstream.

The plan is sure to heat up a debate which has already begun, with factions of the rural telecom industry opposed to its adoption.

The plan has garnered some initial support of rural telecom associations, NTCA, OPASTCO, and WTA. They submitted a joint letter, discussing their support for the foundation of the plan, but stopped short of an outright endorsement. In their comments, the associations say they are “…not signing onto any plan being filed by the USTelecom members. Instead, we are simply filing a joint letter with these other industry stakeholders explaining how their plan and the Rural Associations’ plan can work in tandem to create an effective framework for reasonable USF and ICC reform.”

The framework is fairly detailed and an America’s Broadband Connectivity website has been launched to explain it. The key points of the approach from these carriers for USF reform include:

And the key points surrounding ICC reform include:

There is significant opposition to this approach from corners of the rural telecom industry. The Rural Broadband Alliance, an organization representing some of these dissenters issued a press release late last night, saying “We must vigorously oppose the large carrier-industry deal. This deal is a windfall for large carriers, like AT&T and Verizon, and does not meet the needs of the millions of customers we serve in rural America.  It is simply a bad deal for rural America.” Safe to say they are not mincing words.

This development should make for an interesting rest of the summer and 2011. The FCC will take in these comments and suggestions to help frame the new rules regarding USF, the Connect America Fund, and ICC reform. Given the players represented by America’s Broadband Connectivity Plan, I’m sure their framework will be heavily represented in the proposed rules. Let the debate continue …