Home » Have Retail Broadband Bandwidth Costs Been Cut in Half? 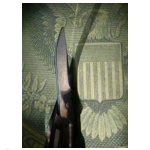 The cost of a megabit continues to decrease on a worldwide basis, according to Point Topic. By their estimation, households today pay 1/2 as much for broadband bandwidth on average as they did in 2008, due primarily to increased competition among telecompetitors.

“DSL prices in particular are being squeezed. Competition between operators and access technologies is driving the search for more markets and DSL is well placed to capture customers who don’t need full speed 24/7 bandwidth,” Point Topic CEO Oliver Johnson was quoted as saying.

“Many users do not use their broadband for more than a couple of hours a day and when they do it’s often for applications that use relatively little bandwidth. They care much less about the cost per megabit, where fiber has the edge, than about the upfront and monthly charges and DSL wins that battle hands down.”

While Point Topic foresees rapid DSL growth continuing, the real impetus and excitement will be the advent and spread of connected TV, which, Johnson said, “is going to be the real news in the mature markets. Enabling consumers to watch streaming video on their TV sets will drive bandwidth demand up significantly and where fiber is available we’ll see appreciable growth in its market share.”

Specific approaches are dependent on local and national infrastructure and population density, however, he noted. Countries where fiber-to-the-home is already common, such as Japan, South Korea and, shortly, Australia “are seeing significant technology substitution, with DSL in particular being replaced by fiber.”

It’s important to recognize that Point Topic is analyzing global trends, which may or may not be present in individual markets.