Home » Has the Broadband Cap Question Already Been Answered? 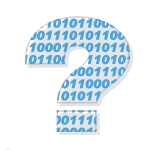 One question broadband carriers of all sizes are struggling with is should they cap broadband bandwidth or even meter its usage? After all broadband is the new utility of choice, like electricity and water before it, both of which follow an accepted metered model. It is a difficult question to answer with cost and competitive implications, among other issues, driving the answer.

But, if you believe some industry analysis, the question might already be answered, considering over half of broadband subscribers in the U.S. already are subject to broadband caps. Major broadband carriers, including the two largest, AT&T and Comcast, have already implemented broadband caps. Others who have followed include Charter, and Cox. Verizon is a notable holdout for now.

For smaller tier 3 broadband carriers, the issue is more acute, considering backhaul costs are considerably higher for bandwidth. When a few customers choke off that bandwidth for a Netflix movie or two, there are real consequences, not to mention real costs.

What’s really at stake here is the true business model for broadband and it’s not an ‘apples to apples comparison’ for all providers. It’s a very different issue for a tier one provider with their own nationwide fiber backhaul network than for a tier 3 provider with a 50 to 100 mile backhaul link to the nearest tier one Internet POP.

Of course customer expectations and competition play important roles in defining an overall broadband cap strategy. Along these lines, the marketplace is helping to answer these questions. From a competitive standpoint, it appears the broadband cap is swaying towards instituting it versus not, since more and more providers are already down the cap path. That path may be removing competitive implications for instituting caps.

The harder part is customer expectation, especially considering many of them expect ‘all you can eat type’ plans. Or do they? Perhaps customers just want a plan that works for them with clear terms of service. Most customers are not bandwidth hogs. Some definitely are. The trick is to deal with the hogs in a way that doesn’t alienate everyone else. Broadband caps may be the way to do so and early indications suggest we’ll soon find out if it’s the right strategy.

11 thoughts on “Has the Broadband Cap Question Already Been Answered?”