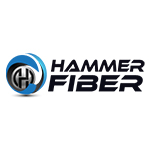 Regional carrier Hammer Fiber has big fixed wireless broadband ambitions. Although Hammer until now has focused on the New Jersey, Philadelphia and New York markets, the company plans to launch service in 49 additional markets throughout the U.S., including underserved rural communities. To support those plans, the company said today that it will use spectrum in the 12 GHz band licensed to spectrum holding company Go Long Wireless.

“Hammer Fiber is excited to be able to follow through on one of our core promises of delivering high capacity broadband to markets across the country at dramatically lower cost than traditional wireline methods, including fiber,” said Mark Stogdill, CEO of Hammer Fiber in a company press release. “This Go Long partnership will allow us to deliver comparable and affordable robust broadband services to both underserved rural communities and urban metro markets alike.”

DOCSIS-Compatible Fixed Wireless
Hammer already offers high-speed wireless broadband in Atlantic City, where the company offers “a savings in cost and increased value” in comparison with landline broadband providers, Stogdill said. That deployment uses spectrum in the 28 GHz band for downstream communications and in the 31 GHz band for the upstream.

The deal with Go Long Wireless will bring spectrum in the 12 GHz MVDDS band to Hammer. That band is currently reserved only for downstream communications, although stakeholders have asked the FCC to allow two-way use in that band and include it in the U.S. 5G spectrum band. Hammer achieves two-way communications by using a different band for the uplink.

Hammer’s initial plans call for using customer premises equipment based on a traditionally wireline standard – the DOCSIS cable modem standard. With the DOCSIS 3.0 standard, Hammer can support up to 600 endpoints from a single base station and with DOCSIS 3.1, the number of endpoints increases to as high as 1,000, Stogdill said. In rural areas, however, Hammer anticipates scaling back the base station capacity to save costs and make deployments economically feasible.

Although DOCSIS cable modems can support speeds up to 1 Gbps, Stogdill said Hammer sees “gigabit” as “more of a buzz phrase to attract customer interest” and that the company is still resolving the specific speed tiers it will offer.

In existing installations Hammer has been able to serve customers up to three miles away from the base station, Stogdill said, but he hopes to see that extended to five miles using the Go Long MVDDS spectrum.

While it might appear difficult for Hammer to differentiate its offering from those of cable companies that also use DOCSIS, Stogdill said that hasn’t been difficult. Hammer’s differentiators are “service quality and customer service,” he said.

He noted, for example, that Hammer doesn’t oversubscribe its service – which he sees as an important contributor to service quality.

Where possible, Hammer plans to use fiber for backhaul. Where fiber is not available to a base station location, the company will use point-to-point microwave to carry traffic to a neighboring cellsite with fiber connectivity.

“We can use a few wireless hops,” said Stogdill.

Hammer Fiber, Go Long Deal
In Atlantic City, Hammer charges $60 a month for unlimited service, Stogdill said. The company does not offer specific speed tiers but instead positions the service as faster than competitive offerings. The offering is particularly popular with people aged 18 to 40 and with the gaming community, Stogdill said.

Hammer is still determining pricing for its planned rollout using the Go Long spectrum, Stogdill said. One thing he doesn’t expect to change, though, is that the company will not oversubscribe the service.

Go Long’s licensed footprint covers more than a third of the U.S. landmass, reaching 29 million people, according to the company.