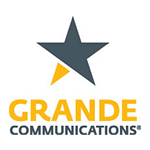 Subscription to Grande’s gigabit home and business Internet service is contract-free and bandwidth is unconstrained by any caps on data usage. Wireless home networking is provided at no additional cost to consumers.

Grande Communications Gigabit
Grande initially began offering gigabit Internet service in Texas in 2014 – the first in the state to do so, according to the company. Expansion to the four cities announced today is part of management’s broader based drive to roll out gigabit broadband services across all its markets and service territories.

Notably, Grande’s gigabit Internet services are built around DOCSIS 3.1, the same ultra-fast broadband cable technology standard that much larger players, such as Comcast, are employing as they expand and enhance network infrastructure and services delivery platforms to stay ahead of burgeoning consumer network demand.

DOCSIS 3.1 enables Grande, Comcast and their cable industry peers to make use of existing infrastructure, cables, a distinct competitive advantage.

Coincidentally, Comcast yesterday announced the introduction of new DOCSIS 3.1-based gigabit Internet services throughout Utah. The cable MSO’s is offering no-contract, residential gigabit service for a standard price of $159.95 per month, however; more than double that of Grande’s new offering.