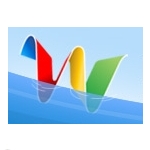 Yesterday, Google announced their intention to end Google Wave development as a standalone website.  This came as a shock to some Google Wave devotees still euphoric from Google announcing general availability of the product at their Google I/O Developer Conference just a few months ago.  Support for Wave from Google will continue until the end of this year according to a press release from Google.

For those that have not used Wave before, the best way to describe Wave is as follows: Google Wave allows people to collaborate in real-time on documents that can contain various gadgets and automation tools to accomplish tasks quickly and in tandem with other companies, groups, and organizations — all from a web browser.

Sound confusing? Sound amazing?  Sound too good to be true? You might not be alone.

Generally speaking anyone that has used Google Wave has likely had one of three reactions: 1) Wave is a revolutionary new tool for collaboration 2) Wave is confusing 3) Wave? I don’t get it.

Google’s reasons for the change in course centered around limited adoption by “users”.  Yet, at the same time Google indicates that the lessons learned will show up in more Google tools.  So, perhaps, more Google tools will become more like Wave over time.  The elements of what made up Wave often lended to jaw dropping experiences by users that were sold on the concept.  In fact, there were already books published on how to best use Wave and numerous webinars on the virtues of Wave.

It is important to point out that Google Wave is only one implementation (although likely the largest) of the Wave Protocol.  In fact, several of the demos at Google I/O Developer Conference 2010 included companies such as SAP, Salesforce.com, and Novell performing their own federated (inter-connected) versions of Wave. Considering the value of collaborative document sharing and editing across different companies, the promise of Wave is unlikely to fade away as much as evolve and refine over time.

It is likely that what will actually happen to Wave within Google is a selective reuse of the ground breaking real-time editing approaches to other Google tools.  One obvious application would be real-time collaboration on Google Apps.  Imagine being able to type together with another person on the same page at the same time to get something done without resorting to email attachments or mixing up different versions of attachments.  That’s just one Wave-like feature.  In fact, Google Apps recently allowed the addition of Google Wave as a service for those companies using Google Apps today.

Considering that Google recently struck a deal to support rural and tribal areas of the US through a reseller partnership with NeoNova, it’s likely that Google Apps will become more available to more people in rural markets than ever before.  As to where Wave may or may not fit in to this is not as clear but the departure from the “free” Wave (wave.google.com) in favor of a paid (wave.yourdomain.com) could be one obvious approach.

Of particular note regarding the other companies mentioned that offer Wave services is the quality of the demos that all assumed LAN like symmetric network performance vs. residential broadband asymmetric performance.  Wave has very specific network requirements for the real-time experience.  Upload speed is just as important as download speed.

Broadband providers should take note that the days of download only use cases is quickly coming to an end as new applications such as Wave push the envelope.  So, while Google might be taking Google Wave in different directions, you can be sure that a more symmetric model of upload intensive and symmetric communication will surely be on the rise even if only a few “users” experienced it.  Those “users” are the early adopters and are often the most vocal within your subscriber base.

Bottom line: Wave raises the bar of what is possible now and what service providers will be expected to deliver just as the early days of web hosting, email hosting, and file hosting proved.  Expect to see Wave show up again as a more refined service or must-have feature — but likely with a name that distances it from Wave.