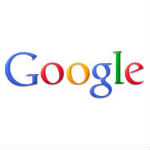 Google on Friday gained FCC approval to operate a database system to support broadband wireless communications in TV white spaces spectrum. The company isn’t the first to obtain such approval, but its entry into the market should help attract more attention to TV white spaces technology and the things that can be done with it.

Back in 2010, the FCC allowed network operators to use vacant broadcast TV spectrum known as TV white spaces on an unlicensed basis to support wireless broadband communications. Some people use the term “super Wi-Fi” to describe the technology, with the word “super” referring primarily to the distances the technology can cover, rather than the data rates it can support. The IEEE has adopted the 802.22 standard to define a technology that can support 22 Mbps over a distance of 62 miles using TV white spaces spectrum.

Different TV channels are vacant in different markets – and the purpose of databases such as the one Google will administer is to keep track of where specific spectrum bands are not in use.  Equipment used to support broadband wireless communications in the TV white spaces band must have the ability to automatically communicate with a white spaces database and configure itself to use vacant spectrum.

TV white spaces equipment has been deployed primarily in rural areas. Carlson Wireless, for example, offers equipment optimized for non-line-of-sight communications over distances as great as five miles that has been deployed by rural wireless Internet service providers. And an organization called Air.U plans to use TV white spaces to support broadband wireless connectivity in university communities in rural areas.