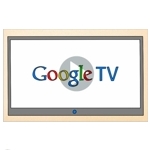 Google announced it’s widely anticipated Google TV product. It’s Google’s attempt to marry the television experience with the web. “Google TV is a new experience for television that combines the TV that you already know with the freedom and power of the Internet,” says Google in their Google Blog. It’s a bold move – one that may prove to unleash the power of over-the-top (OTT) video to the masses, or flameout as yet another failed attempt at web TV.

Google TV uses both its Android operating system and its Chrome web browser to  integrate web based content with television content. Conceivably customers will be able to search for and watch both TV programs and web content, including OTT video, even simultaneously through picture-in-picture. For example, a search for a particular television program will yield results from the linear TV schedule, any recorded version on an attached DVR, any related VOD asset, and any place on the web where that TV program resides. Subscribers could then choose which version they’re interested in and have it appear on their TV. Of course rather than a TV show, that search variable could be an actor or even a particular scene out of movie, transforming the TV into a powerful entertainment search engine. Google’s announced partners include Sony, DISH Network, Intel, and Logitech.

Sony will introduce TVs and Blu-ray players with Google TV built in – a set-top-boxless solution. Logitech is building a Google TV set-top-box (with wireless keyboard) that sits in between your TV and your existing cable/IPTV set-top-box (STB) to integrate Google TV into your ‘legacy’ television, creating a new smart TV. Google hopes Android powered Google TV will create a new breed of smart TVs, somewhat analogous to how Android, Apple, and RIM have created the smartphone segment within the larger cell phone marketplace. DISH Network will offer a Google TV powered DVR STB later this year, providing an instant DBS distribution partner. There are some high ‘cool factor’ features as well, including the ability to do voice search and commands to control your TV through an Android enabled smartphone.

All the implications of Google TV couldn’t possibly be covered in a single blog post. The possibilities seem endless.  On the one hand, it could prove to be that heretofore elusive winning solution for OTT video – a solution that may just offer enough value for significant numbers of subscribers to cut the cable cord. The web is filled with desirable multimedia content, and to date, no solution has been able to deliver it seamlessly to the TV. If Google TV is able to establish itself as a smart bridge between this desirable content and the flatscreen HDTV sitting in millions of family rooms across the country, they may just have a hit on their hands.

Of course, this could just as easily go the other way. Consumers have given web TV a firm thumbs down so far. One could make the argument that such an experience may even be less desirable today, given all of the emerging digital tablets like the iPad that are now available. If consumers perceive Google TV as nothing more than another method to access web content, it’s probably doomed to failure. Then there’s that ‘minor detail’ of cable and IPTV providers. Will they welcome Google TV openly, or will they make their STBs a little unfriendly to this potential Trojan Horse?

It’s far too early to make any firm predictions either way. Of course for Google, this is all about search and advertising. Imagine the possibilities for them with Google TV. They can serve you ads based on your television viewing – the potential for that is measured in billions for them.  It’s one part of a multipart strategy for Google to dominate search and advertising across the three screens – PC, smartphone, and now TV.