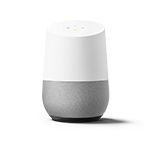 Google has avoided a “me too” approach with a range of new products announced yesterday – including the Google Pixel smartphone, a voice assistant for home control known as Google Home, a WiFi system that will carry the Google WiFi name and a Daydream View virtual reality headset.

The Google Assistant capability is quite similar to AT&T’s Siri offering, but Google hopes to differentiate its offering by leveraging its expertise in search technology.

Google Home
The Google Home  voice assistant will compete in a market that also includes Amazon Echo and Apple Homekit, but here, too Google aims to leverage its search technology expertise to differentiate its offering.  In a demo at the launch event, for example, the Google Home voice control capability was used to find and play the Shakira song from the movie Zootopia, even though the user did not know the exact name of the song, only the movie in which it was featured.

People can use Google Home for a range of tasks including:

Like competitive devices, Google Home is a compact device with built-in speakers that can be used to play music. The company put extra effort into the device’s aesthetics which, according to one executive at yesterday’s event were “inspired by objects commonly found in homes like wine glasses and candles.” (See image above.)

Google Home also integrates with smart home devices from Nest, Samsung SmartThings, Philips and IFTTT. Google Home will sell for $129 and will begin shipping and be available in stores November 4.

According to a Google executive, Google WiFi can “actively manage and optimize” WiFi connectivity by shifting to different channels as a user moves throughout a home. A single Google WiFi device sells for $129. Customers also have the option of purchasing three devices that, according to Google, work together to optimize coverage throughout the home. A three-pack costs $299.

The Google Daydream View virtual reality headset,  like other devices launched yesterday, is not one of the first devices on the market in its category. Here, the company hopes to differentiate its offering with an ergonomic design that makes heavy use of fabric to make the headset more comfortable to wear. The headset also is 30% lighter than some other offerings and has a nifty storage spot for the remote control, executives noted. 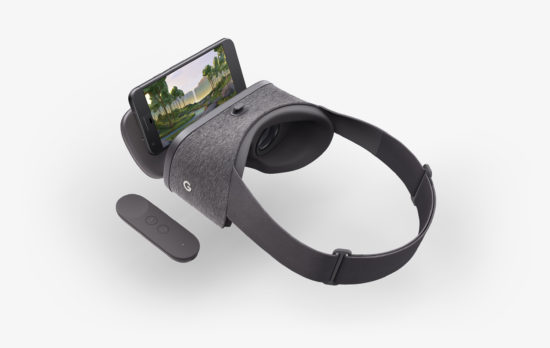 Google Daydream View initially will work in combination with Google Pixel smartphones. In the future, customers also will be able to use smartphones from some other manufacturers with the Google virtual reality headset.