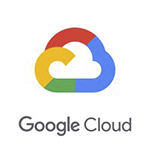 Google Global Mobile Edge Cloud, announced today, targets telecom providers as they deploy 5G networks. Those networks are designed for low latency, but maximizing their potential is likely to depend on edge computing. By moving the cloud toward the network edge, service providers can minimize the distance signals must travel to access the cloud, minimizing network latency in comparison with traditional cloud capabilities.

AT&T said today that it will partner with Google to test “a portfolio of 5G edge computing solutions for industries such as retail, manufacturing and transportation.” In the testing, the companies will use AT&T’s network and Google Cloud technologies such as AI/ML (artificial intelligence/ machine learning) and Kubernetes, along with edge computing. Kubernetes could be thought of as an operating system for 5G designed to enable an application to run on a multitude of servers but to operate as though located on a single server.

The word “global” in the name for Google’s new offering emphasizes the importance of having edge infrastructure worldwide – a business only a few very large companies such as Google are positioned to play in. Telecom providers are likely to play an important support role, however, as a Google press release today notes that the company wants to partner with telecom companies “to rapidly enable a global distributed edge by lighting up thousands of edge locations that are already deployed in these telecom networks.”

AT&T has previously talked about repurposing telecom central offices as edge data centers. Infrastructure that could be used for edge computing also may exist in mobile networks. In addition to AT&T, Google also has two telecom partners with facilities outside the U.S.—mobile carriers Vodafone and Wind Tre.

According to Google, the BigQuery platform “provides a scalable data analytics solution – with machine learning built-in—so telecommunications companies can store, process and analyze data in real time, and build personalization models on top of this data.”

Anthos for Telecom, based on Kubernetes, will bring Google’s existing Anthos cloud platform to the edge infrastructure, Google said. The goal is to enable telecom companies “to run their applications wherever it makes the most sense.”

As for helping telecom companies improve operational efficiency, Google announced deals with two providers of telecom operations support and business support systems aimed at moving the OSS/BSS providers’ software onto the edge computing platform. Those OSS/BSS providers are Amdocs and Netcracker – and Google apparently is pursuing additional partnerships of this nature.