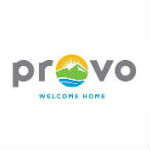 Google must see something they really like in Kansas City, given the growing number of new Google Fiber markets they’ve announced in the past two weeks. Austin was recently identified as a future Google Fiber market and today they added a third. Provo, Utah is the latest and it comes with a twist. Google intends to acquire an existing municipal fiber provider, iProvo. Although the terms of that acquisition appear to be very beneficial – to Google.

What a Deal!
The Salt Lake Tribune is reporting that Google acquired the iProvo network for $1, with an agreement to offer a variety of services. Those services include “…upgrading the existing network, connecting the remaining two-thirds of homes that are not yet wired to it, provide a free lower-speed tier of Internet connectivity to all residents for the first seven years, and also provide free gigabit Internet connectivity to 25 public spaces, such as schools, libraries and recreation centers.” The deal has to be approved by Provo’s city council, which is expected to vote on it on April 23. Provo taxpayers are apparently still on the hook for $39 million in bond payments, according to the Salt Lake Tribune report.

It’s quite the interesting development and seems like a pretty good deal for Google, and Provo, I guess. Does it signal that Google is not only in expansion mode, but in acquisition mode as well? There are a number of municipal fiber networks that have run into financial challenges. Perhaps we’re about to witness a significant Google Fiber expansion, courtesy of additional sweet deals like Provo.

If approved, Google intends to upgrade the existing iProvo network to their 1 Gig standard. Google was  attracted to Provo’s tech pedigree. “Utah is already home to hundreds of tech companies and startups, and many of them are based in Provo. In fact, the Provo area ranks second in the nation in patent growth …” reports Google on the Google Fiber blog.

Fiberhoods?
It appears from their blog post that Google intends to implement the fiberhood approach in Provo, even with an existing network. “As a part of the acquisition, we would commit to upgrade the network to gigabit technology and finish network construction so that every home along the existing iProvo network would have the opportunity to connect to Google Fiber.” There does seem to be some confusion though. The Salt Lake Tribune report suggests Google will be “… connecting the remaining two-thirds of homes that are not yet wired to…” the iProvo network. That seems inconsistent with the fiberhood approach, which requires individual neighborhoods to demonstrate enough demand for the gigabit FTTH service, before Google will commit to connecting those neighborhoods.

The free Provo version of Google Fiber, which offers 5 Mbps, will only incur a $30 connection fee, one tenth the $300 connection fee of Kansas City. Google says they hope to begin offering service in late 2013, ahead of the earlier announced Austin expansion. Even if they don’t launch any additional markets, Google Fiber will be one of the largest FTTH providers in the country within a couple years.

2 thoughts on “Google Fiber Strikes Again, This Time Through Acquisition, Sort Of”