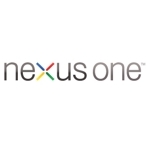 Going direct to the consumer, Google announced that it will be selling its much touted and anticipated Nexus One “superphone” via a Google hosted Web store.  Built on Google’s Android 2.1 mobile OS, Nexus One’s features include a touchscreen user interface, a voice-enabled keyboard that enables you to “speak” into any text field, a 3D photo gallery, and, of course, quick access to Google web apps including Gmail, Google Voice and Google Maps Navigation.

“Nexus One is an exemplar of what’s possible on mobile devices through Android — when cool apps meet a fast, bright and connected computer that fits in your pocket,” wrote VP of product management Mario Queiroz on Google’s blog.

Interested in finding out more or purchasing a Nexus One? For the moment, Google’s Web store enables you to buy one with T-Mobile as service provider or without a service provider. The company expects “to add more operators, more devices and more countries in the near future, including Verizon Wireless in the U.S. and Vodaphone in Europe.”

While the going direct route has created a lot of buzz, it hardly qualifies as a disruptive event – at least not yet. The retail price is $500 or so, and the ability to port to any carrier is limited. For example, Nexus One will only currently work on AT&T’s 2G network.