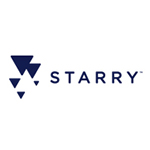 Chaitanya “Chet” Kanojia tried to disrupt the video business with Aereo, but ultimately failed. He now has his disruptive sights on a new traditional business, the broadband ISP business, with Starry, a new gigabit wireless start-up.

Gigabit Wireless Start-Up
“The future of connectivity is wireless and having simple, affordable access to an Internet connection is imperative for every household and business,” said Kanojia in a press release. “We set out to build an innovative alternative to wired broadband using millimeter waves and proprietary technology to deliver ultra high speed broadband to your home, wirelessly.”

Except there is very little detail in both the technical and business model discussions regarding this gigabit wireless start-up. For now, it’s a press release, a website, and a disruptive vision, with a lot of financial backing.

Starry Gigabit Wireless Technology
Signals don’t travel far in Starry’s initial spectrum band of 3.8 GHz and they have a hard time penetrating anything. According to a Starry press release, Starry will use “… OFDM modulation coupled with MIMO as a foundation, along with active phased array RF front ends.” Starry’s technological architecture, the company said “enables it to leverage OFDM radio technology, including MU-MIMO, in a dense architecture across multiple licensed spectrum bands, including ultra high frequency millimeter waves.”

Starry says it will be a nationwide service. But given the limitations of this technology, it’s hard to envision significant rural applications for the service.

Starry intends to use both an outdoor antenna and a new Wi-Fi router, the Starry Station. The router is a separate business play, and Starry intends to begin marketing that right away (at a very pricey $349 cost) – it will work with any broadband service and is a new competitive feature-rich Wi-Fi router, similar to Google’s new On-Hub Wi-Fi router.

Starry appears to be hoping to build mesh type networks in cities, using “MetroNodes” and “SubNodes” and beaming broadband access with directional antennas. MetroNodes, or a Starry Beam as they call it, would beam broadband signals to the SubNodes, or Starry Points, which are connected outside of the home. From the imagery, it appears Starry is hoping for self-installs, as the customer premises antenna is placed outside of a window in the home.

It’s complicated stuff and even Kanojoia admitted at the company’s press conference that it has never been done before.

But then again, streaming local broadcast television signals from a bank of dime-sized antennas had never been done before either. Aereo managed to launch a disruptive technology for the TV business, only to have it shut down by the Supreme Court for copyright reasons. Could the company do the same for the broadband access business?

According to Starry, the gigabit wireless start-up will offer uncapped gigabit broadband service at significantly lower cost than current gigabit offers. They intend a beta launch in Boston, sometime during the summer of 2016. More cities are to come after that.