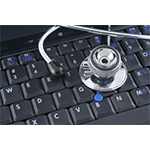 Ting Internet will support a gigabit telehealth trial in Westminster, Maryland that aims to improve treatment for patients who have complex ailments. Ting will provide gigabit connectivity to two group homes, each of which has three intellectually challenged patients who “go to the emergency room a lot, have a lot of unscheduled doctor visits and are on a lot of medications and who consume a lot of staff time with unexpected complications,” explained Dr. Robert Wack, who is on the Westminster city council as well as on the board of Mid-Atlantic Gigabit Innovation Collaboratory (MAGIC), a non-profit organization that is studying gigabit applications.

The hope is that by applying advanced analytics to daily patient records and through the use of environmental and wearable sensors, healthcare providers will be able to anticipate and address problems before they escalate.

“We want to give the staff useful real-time information to head off problems before they happen,” said Wack in an interview with Telecompetitor.

In the initial phase, Wack said “we’re flipping the script on how health data is collected and used.”

Electronic health record systems typically include fields into which healthcare providers can enter any of multiple pre-selected responses – an approach that doesn’t lend itself well to portraying the patient status reports that the staff of the group homes hand-write on a daily basis.

With the help of several IT firms who are donating time and resources, MAGIC will develop an information analytics systems that will be structured so that “everything starts as discrete elements – we’re making it so [healthcare providers] can pull reports out of that.”

The second step will be to install environmental sensors that will measure noise level, humidity, whether doors are open or closed, whether patients are in or out of bed and whether lights are on or off. Information from devices such as these are expected to alert healthcare providers if, for example, a patient is not sleeping well.

The third phase of the trial will incorporate physiological sensors such as smart scales that can send a patient’s weight to the database or smart sensors that measure heart rate, blood pressure and temperature.

The goal is for analytics to be applied to data collected from all three sources – the health record system, the environmental sensors and the physiological sensors – and to use that data to send alerts, as appropriate, to the staff at the group home.  Initially, alerts will go to the health record system, which staffers access regularly throughout their shifts. Eventually, alerts could go to smartphones, Wack noted.

Wack noted that the technology underlying the telehealth trial is being designed with an open architecture so that it won’t require a specific type of sensor, integration platform or analytics system.

The initial functionality that the system will provide doesn’t necessarily require gigabit connectivity, Wack said. But eventually, the system also may incorporate video, and Ting’s gigabit service will be a critical element there because it supports symmetrical service, he noted.

Ting reached a deal with the city of Westminster in 2015 to roll out gigabit service throughout the city using dark fiber installed by the city. As part of that deal, Ting offers a citywide service level agreement for network uptime – another factor that could be valuable for telehealth applications, noted Adam Eisner, vice president of networks for Ting Internet, in an interview.

Telecompetitor would like to thank Adtran for bringing the Westminster gigabit telehealth trial to our attention as part of the network equipment maker’s Enabling Communities, Connecting Lives program.