Home » Gigabit Services: Who Has the Inside Track – Google, Telcos, Municipals, or Cable? 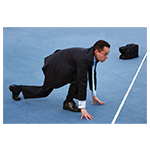 The rise of Gigabit services has attracted a wealth of interest from broadband service providers of all types, both old and new. The movement began with municipal provider EPB of Chattanooga with their Chattanooga Gig initiative. Since then, Gigabit action has come from large tier 1 carriers like AT&T and Cox, to a number of local telcos and cooperatives (telco and electric), to the likes of Google. But who among these service providers has the inside track to Gigabit success?

In partnership with Pivot Group, we recently conducted some consumer research, GigaWhat? U.S. Broadband Awareness, Needs and Perceptions Study, to get a service provider preference perspective of potential subscribers for Gigabit services. The results indicate a competitive field, but with an edge for incumbent broadband providers.

Google Gigabit
Conventional wisdom would suggest Google, with its blue chip brand (surely one of the most recognizable companies across the globe) and its technology leadership pedigree would be in high favor for a potential Gigabit service provider role. But the results say differently. Respondents preferred the local telco or local cable company as a Gigabit provider over Google by a strong margin.

This was a nationwide survey, so I’m sure if we concentrated on the markets where Google is very active with Gigabit Internet, the results may look different. But this finding may alert incumbent providers to take a look at Gigabit services ahead of a potential Google Gigabit move to their market, because in the interim, the results suggest they may have a head start. Perhaps this is why we’re seeing AT&T get somewhat aggressive in trying to get to certain markets with Gigabit ahead of Google.

Municipal Broadband
Another key finding found relatively low preference for a local municipally owned entity to offer Gigabit services, at least when other competitive options were available. This makes sense given that many municipal broadband deployments occur where the municipal entity claims that poor or inadequate service is the only option in that given community, forcing the municipal to act to ensure their community doesn’t fall behind.

It also may reveal that incumbents worried about municipal competition may be in a position to control their own destiny. Respondents chose local incumbent ISPs overwhelmingly over a municipal entity for Gigabit services. By providing those services first, incumbents may have little to worry about from potential municipal competitors.

Cable Gigabit
The cable industry has been somewhat slower to embrace the Gigabit movement, which, rightly or wrongly, is perceived as a FTTH dominated movement. That being said, several cable companies are moving forward with Gigabit, even ahead of that industry’s technology answer to FTTH, DOCSIS 3.1.

But the cable industry may have the last laugh with Gigabit services. Our research results indicate subscribers would select a cable company as their preferred provider of Gigabit over any other service provider type, by a wide margin — although no service provider type received a clear cut majority of prospects, indicating no one has the potential to run away from the rest of the field.

Incumbent Service Providers
Survey respondents clearly selected incumbent providers, both cable and telcos, as preferred over new entrants, including names like Google, Facebook, or local governments. In and of itself, this finding is not too surprising. We tend to want to go with the familiar. But it does reveal that with regards to incumbent service providers, the opportunity for Gigabit services is theirs to lose.