Home » GfK: Streaming Video Engagement About the Same as for Linear TV 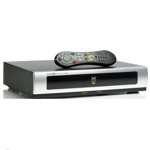 Contrary to common assertions and perception, online streaming and on-demand platforms do not lead to higher levels of end-user engagement, according to new market research from GfK. Collecting and analyzing data during primetime TV viewing hours revealed that the percentages of TV viewing segments that also included other activities was essentially the same for traditional live (linear) TV (69 percent), DVR recordings (70 percent) and online streaming via TV sets (71 percent).

GfK has been monitoring other activities TV viewers engage in during the first hour of primetime going back to 2004, the market research provider highlights. So-called multitasking levels have remained stable over the entire period, ranging within a tight 75-77 percent band.

Streaming Video Engagement
In its report ¨How People Use Media: Primetime TV 2015,¨ GfK did find several factors associated with multitasking during primetime TV viewing, however:

In total, some 22 ¨other¨activities crop up in GfK’s market research. The most common other activity associated with watching TV during primetime hours is talking with others, either via phone or in-person. Nearly one-quarter of survey respondents reported doing so.