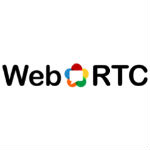 The WebRTC standard has been receiving a lot of attention from carriers recently — as an announcement today from Genband about a new product dubbed SPiDR illustrates.

The WebRTC standard aims to enable video and VoIP communications through capabilities that will be built into Web browsers. As Workun explained, the standard was driven in large part by Facebook and Google, who want the ability to launch real-time communications from within a web page, rather than requiring a separate application.

The role of the SPiDR WebRTC gateway will be to provide media and signaling interworking for communications that extend from a WebRTC-capable browser to a carrier’s core network.

Workun cited an example of how one carrier plans to use the technology to support a prepaid service for use outside the U.S.

“I go to a web page, log in, and I can initiate the call and I’m billed per minute,” explained Workun, noting that such a service will likely appeal to people wishing to avoid high roaming charges when they travel.

“There’s a market for a low-cost OTT service that would be complementary to a mobile phone and maybe use the same phone number,” added Workun.

The Chrome and Firefox browsers are planned to support WebRTC, Workun said. Meanwhile, Microsoft has been dragging its heels and Apple is “hedging its bets,” he said.

Nevertheless, Workun is bullish about WebRTC.

“It will be as big as HTML 5 & SIP was,” he said. Service providers, he said, “will embrace it because of the operating cost.”

Although Workun said WebRTC won’t replace desktop phones right away, he noted that “It’s moving faster than any technology I’ve seen in this space move for quite some time. It will hit critical mass & be quite broadly deployed sooner than a lot of people think.”