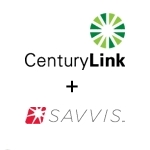 The FCC has approved the acquisition of Savvis by CenturyLink, paving the way for the two to officially combine operations later this year. The Department of Justice and the Federal Trade Commission previously issued an early termination notice under the Hart-Scott-Rodino Act for the merger.

Given all of the investment momentum in enterprise and cloud services by telecom carriers, the Savvis acquisition seems to make good sense for the newest tier one telecom carrier. They now have a strong nationwide footprint, with some international exposure as well, and will operate 48 data centers across North America, Europe, and Asia with more than 1.9 million square feet of gross floor space. Including Qwest’s fiber backbone, CenturyLink will have a national 207,000 route mile fiber network, and 190,000 miles outside of the U.S. The new combined company will employ 50,000 people (as of April 26th). Having absorbed Embarq and with the Qwest acquisition transition well underway, CenturyLink will be quite busy.

For the time being, Savvis will maintain its separate company name and brand, but I suspect at some point in the future, the CenturyLink brand will prevail. Savvis will continue to be based in St. Louis, Missouri and will be run by virtually the same management team, including CEO James E. Ousley.