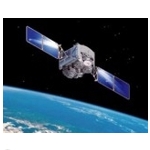 Echostar recently announced the launch of its next generation satellite for broadband, EchoStar XVII, which will offer faster broadband speeds and be offered through Hughes as HughesNet Gen4 service. They now have a new sales distribution partner in Frontier, who announced they will resell satellite broadband through their Frontier Broadband brand beginning in mid-Sept.

“We are excited to work with Frontier Communications to deliver high-speed Internet access to households in rural America that have traditionally been unserved or underserved,” said Mike Cook, senior vice president, North American Division, Hughes in a press release. “HughesNet Gen4 will dramatically improve performance for high-bandwidth multimedia applications and accelerate web browsing, delivering a media-rich world like never before.”

A Frontier spokesman told Telecompetitor, however, that the two announcements were completely unrelated. Frontier views satellite broadband as “another tool in the broadband toolbox to reach the 10-15% or in some cases 5-8% of unserved customers.”

Next generation satellite broadband, offered now by ViaSat through their Exede brand, and soon to be offered through Hughes will be interesting to watch. These new services offer much better performance and at relatively lower prices for satellite based broadband. These services are now more on par with wired and wireless broadband options, creating a potentially interesting competitive dynamic in rural markets.

3 thoughts on “Frontier Partners With Hughes for Satellite Broadband”