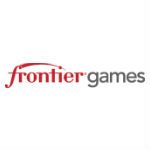 Frontier is partnering with games on demand provider Exent, to expand their PC subscription game service. The partnership expands Frontier’s gaming offer to 2,300 titles, including Plants vs. Zombies, Family Feud and Bejeweled® 3. Frontier charges $14.99 per month for the no term subscription service, which can be accessed at FrontierGames.com.

“Frontier is the largest provider of communications services focused on rural America and has a strong commitment to deploying broadband and great digital entertainment services to underserved and unserved areas,” said Peter von Schlossberg, President of Exent in a press release. “We are confident the newly enhanced Frontier Games will be well received and that users will enjoy the diverse GameTanium game catalog offering unlimited play of the best premium PC games.”

The offer includes a new interface and a games search engine of sorts called GameTanium™. They offer a free 14 day trial to try the service.

In an effort to build value for their broadband offer, Frontier is willing to try offers like this. They also have launched a separately branded OTT video portal called Tum Tiki. The goal of course is to get customers using bandwidth consuming applications, some of which build incremental revenue and some of which do not. Ultimately, the goal is to drive more demand for broadband and thus more broadband subscribers.

Time will tell whether PC games can help in that effort, or whether the broadband public has moved on to more mobile gaming apps.