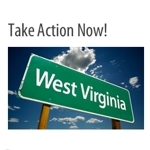 Given the ‘graveyard’ of past companies who have purchased Verizon wireline assets, Frontier knows it has its work cut out for it to gain all of the necessary approvals for its pending Verizon network acquisition. To put it mildly, the timing stinks.

Perhaps with that in mind, Frontier has launched a new website, Broadband West Virginia, which focuses on the benefits of Frontier taking over from Verizon as West Virginia’s primary ILEC. On the surface, it appears to be part of a larger public relations campaign to help sway public opinion on the Verizon deal in Frontier’s favor. I wouldn’t be surprised to see this effort expanded beyond just West Virginia.

Unfortunately for Frontier, they are being painted with a ‘FairPoint brush’ concerning their attempt to buy significant amounts of Verizon wireline rural territory. The FairPoint example has been a public relations disaster, with FairPoint recently filing for bankruptcy. Regulators from a couple states, including Oregon and Washington, have already started beating the ‘FairPoint drum’ in opposition to Frontier being approved for the Verizon deal. It’s probably no coincidence that this initial Frontier site is focused on West Virginia, given West Virginia’s Attorney General is opposing the Verizon deal.

In their defense, Frontier is a very different company from FairPoint, and while on the surface their deal looks very similar to FairPoint, there are some distinct differences. Frontier appears to be ahead of the curve in integrating B/OSS systems with Verizon’s network, which is no trivial task. Lack of this integration contributed greatly to FairPoint’s problems, both perceived and actual.

Frontier’s financial situation is also much better than FairPoint’s. It’s widely recognized that FairPoint had some financial challenges even before absorbing the Verizon deal and all of the debt associated with it. Unfortunately for them, the financial burden of the deal pushed them over the edge. Frontier will have to work hard to not be caught up in the aftermath.