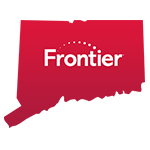 Frontier will use the next-generation broadband technology in apartment building environments to offer an ultra-broadband and IPTV bundled offer, according to a Nokia press release. The network architecture brings fiber to building basements and uses a Nokia vectored G.fast solution to distribute ‘fiber like’ speeds to apartments throughout the building, using existing in-building copper wiring. The vectoring component reduces cross talk interference from the copper bundles in the building risers. G.fast can also work over in-building coax wiring.

“Nokia’s field-proven G.fast solution will help Frontier quickly bring ultra-broadband access to customers by using the existing copper twisted pair wiring that is often found in apartment buildings,” said Steve Gable, Frontier EVP and CTO in the press release. “Without it, we’d have to drill holes and pull fiber into each apartment unit we serve, a time consuming and challenging process that can be frustrating for customers.”

Frontier is in the midst of a state-wide broadband expansion effort in Connecticut. They purchased AT&T properties in the state back in 2014 that at the time included 900K access lines, 415K broadband lines, and 180K IPTV connections for $2 billion.

Frontier joins Windstream and CenturyLink with publicly announced G.fast deployments in the U.S. AT&T also is trialing G.fast in the U.S., but hasn’t publicly identified where. G.fast has broad international appeal as well, including a significant deployment by BT in the U.K.

A Nokia spokesperson tells Telecompetitor that they have other G.fast trials with U.S. based carriers, but declined to reveal who.