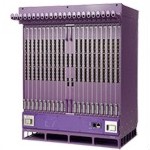 Much progress has been made on the next generation 10G PON standards as service providers move from gigabit services to 10G services. But what is the difference between them?

XGS-PON, the most recent standard, provides 10G symmetric bandwidth over fixed wavelengths (one downstream/ one upstream) very much like GPON today, but it provides 4x more downstream bandwidth than GPON.

NG-PON2, which was the first of the two standards, is a TWDM (time and wavelength division multiplexing) PON standard which supports between four to eight downstream 10G wavelengths. Because of the multiple downstream wavelengths, NG-PON2 is often called 40G or 80G PON, since a single fiber can support the sum of the total bandwidth of the wavelengths used.

Wavelength Options
When a service provider deploys NG-PON2, they have the option to use one wavelength and implement it just like GPON and XGS-PON which would be a traditional TDM (time division multiplexing) system. However, to get the benefits of NG-PON2, it is best to utilize two or more wavelengths. At a minimum, NG-PON2 supports more subscribers and bandwidth over a single fiber, which can be the difference between having to deploy additional fiber or not.

Both XGS-PON and NG-PON2 can co-exist with GPON on the same optical distribution network (ODN) and utilize the same splitters as GPON, because they all utilize separate wavelengths.

When XGS-PON or a single wavelength of NG-PON2 are deployed in a greenfield environment, the ODN and splitter configuration would be the same as for GPON. Where things start to differ from a traditional GPON deployment is when all of the technologies are brought together in a brownfield deployment. To merge all the wavelengths utilized by each technology (NG-PON2, XGS-PON, GPON and others not discussed here) onto the ODN, a coexistence element is required.  A coexistence element is simply a mux used to merge the wavelengths onto a single fiber.

In summary, XGS-PON and NG-PON2 are both 10G PON technologies that will start to be deployed in the next several months. The key difference between the two technologies is the multiple wavelengths supported on NG-PON2 which can provide some very exciting benefits to service providers, such as higher subscriber density and higher bandwidth, as well as some very unique wavelength mobility capabilities.