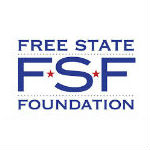 Steam was about to come out of my ears reading a new blog post from the Free State Foundation about what the author called a growing tax burden on wireless consumers that he believes is preventing wireless carriers from investing in their networks.

What riled me wasn’t that I disagreed with the post, although I do. The big problem was that the author completely left out some important information which, had it been included, would largely destroy the case that he made in support of his argument.

The tax burden that the author cites is a reference to the contributions that all voice service providers including wireless carriers make toward the Universal Service fund (USF). That program has four components: a high-cost fund that covers some costs for telecom service providers in rural areas that are costly to serve; a low-income fund that covers some of the costs of telecom service for low-income households; a schools and libraries fund and a rural healthcare fund. Voice service providers pay into the fund as a percentage of their long-distance voice revenues and are allowed to pass on these costs to end users, which is a common practice.

The author notes that the contribution factor, or percentage of long-distance revenues that wireless carriers pay into the fund, has climbed to 16% and has grown dramatically since 2001. By way of explanation, he notes that the high-cost portion of the Universal Service fund has grown from $2.6 billion in 2001 to $4.5 billion in 2011.

He does not cite any other reason for the jump in the contribution factor. The implication is that it’s because carriers serving rural areas are collecting a lot more money than they did in the past. And in that regard, he’s written something more than a little misleading.

For one thing it’s important to note that the contribution factor has grown at a greater rate than the Universal Service fund because long-distance revenues have been dropping. Considering how the price of long-distance service – from all types of carriers – has declined over the last 12 years, wired and wireless carriers undoubtedly have not seen the same increase in their total USF payments that they have seen in the contribution factor.

But that’s only the start.

The low-income portion of the Universal Service program has seen considerably greater growth than the high-cost fund – jumping from an annual level of about $600 million in 2001 to nearly $2.2 billion for 2013. Several states have allowed low-income households to use their USF funding toward wireless rather than landline service for several years and early last year the FCC made that an option nationwide. In other words, an increasing amount of the money the wireless carriers pay in to the fastest-growing portion of the USF fund flows right back to them.

As for the high-cost fund, it’s important to note that the majority of the increase in the size of that fund over the last 12 years can be explained by the rise in payments to competitive carriers, the vast majority of whom are wireless carriers.

The Universal Service program was started in the days when only one carrier served a community and, in high-cost areas, that carrier and only that carrier was eligible for funding. But over the 12-year period that the blog post author references there was a big jump in wireless carriers applying for and receiving high-cost funding because they also serve some of these rural areas. It’s not uncommon to see multiple wireless carriers receiving high-cost support for the same area. And to make matters worse, the wireless carriers have received funding at the same level of support per line as the landline-based carriers, even though their costs virtually always are lower and even though the wireless carrier might have deployed service in those areas even without the funding.

According to data compiled last year by the National Telecommunications Cooperative Association, rural incumbent landline carriers’ total draw on the Universal Service Fund increased by an average of only 3% per year between 2006 and 2010 – and it declined slightly during 2011.

In contrast, competitive carriers were collecting about $420 million from the high-cost fund per year as of 2004, but by 2009, that amount had climbed to $1.3 billion. And the vast majority of the companies collecting that new funding were wireless companies, many or most of whom didn’t need it.

The FCC has taken steps to limit the size of the high-cost fund and plans to phase out the competitive carrier program, but until that phase-out is completed, a substantial part of the money that the wireless carriers pay into the fund here too flows right back to them – and not for a very good reason.