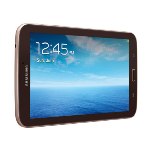 A new offering from Samsung and Boingo aims to enhance the value of unsubsidized WiFi-only tablets by giving them a year of free public WiFi service.  Purchasers of Samsung’s WiFi-only Tab 3 tablet or the WiFi-only version of the Galaxy Note 8 tablet will be able to get a year of Boingo’s WiFi service for free when they register for Samsung Galaxy Perks.

A Samsung spokeswoman told Telecompetitor that the Perks offering also includes three months of the Hulu Plus streaming service and $10 or $25 toward Google Play purchases, depending on the Samsung model selected. Samsung Galaxy Perks is included in the purchase price of WiFi-only Tab 3 or Note 8 products, but purchasers must register to obtain the offerings.

The entire Galaxy Perks package appears aimed at enhancing the value of Samsung’s WiFi-only devices, which typically cost consumers more than similar devices that have cellular capability because the WiFi devices are not subsidized.

The Boingo WiFi service available through Samsung is similar to Boingo’s Unlimited Americas access plan, which costs $9.95 a month, a Boingo spokeswoman said. Samsung users will be able to access more than 35,000 Boingo hotspots in the U.S., Canada and Mexico.

Boingo is one example of the ongoing co-opetition trend. In addition to offering an alternative to traditional wireless service, the company also has deals with cellular network operators to supplement their mobile data connectivity with WiFi using Boingo hotspots.