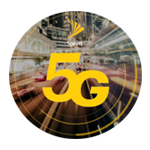 Sprint today launched 5G services in parts of four cities. These initial Sprint 5G markets include Atlanta, Dallas-Fort Worth, Houston and Kansas City. The carrier says that it will do the same in areas of Chicago, Los Angeles, New York City, Phoenix and Washington, DC in the coming weeks.

The total coverage by the areas in the announcements will be 2,180 square miles and 11.5 million people, Sprint said.

The industry is spending a significant amount of time and energy trying to ensure that the speedy 5G networks will have compelling capabilities and that subscribers understand what is being offered. In March, the carrier opened the Sprint 5G Experience. The goal is to showcase and explain how 5G works and the potential it has to change the way that people work and play. The location has more than a dozen stations and demonstrations that feature augmented reality, virtual reality and simulated displays.

Sprint joins AT&T and Verizon with a 5G launch thus far, in the so called 5G race.