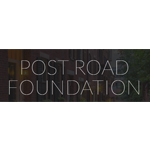 Post Road Foundation, an organization funded by The Rockefeller Foundation, will fund studies in five rural communities to explore the economics of the telecom utility partnership. Post Road Foundation was established last year with the goal of spurring broadband deployment and ultimately economic development in unserved and underserved areas.

In an interview with Telecompetitor, Post Road Foundation President Waide Warner said the foundation has enlisted a team of experts to conduct what he called “pre-feasibility” studies to determine whether there might be opportunities for investors to fund broadband deployments undertaken by telecom providers in partnership with utilities, including electric companies, gas companies and water utilities.

The community partners that Post Road Foundation has chosen for the studies include:

Post Road Foundation is covering 90% of the cost of the pre-feasibility studies, which are targeted for completion by late September. Based on the findings, the next step would be full-blown feasibility studies.

Telecom Utility Broadband Partnership Economics
In recent years, telcos and utility companies have shown increased interest in working together on broadband deployments. Telecompetitor has covered some of these partnerships, including, among others:

Partnerships such as these have found it easier to build a business case for broadband deployment when deployment costs can be shared. If additional funding were to come from an outside investor, potentially opportunities could be even greater.

Warner expects electric utilities that want to deploy smart grid technology to be particularly interested in partnering with telecom providers because existing electric utility communications networks typically do not support the low latency necessary to support smart grid applications such as distributed generation and demand response.

“For real time decisions made by utilities or consumers, it’s important to have low latency,” said Seth Hoedl, chief operations and science officer for Post Road Foundation. And that, he said, typically drives a requirement for direct fiber connectivity.

In selecting funding recipients for the pre-feasibility studies, Post Road asked consultants, agencies and industry associations for recommendations for an initial group of about 20.  The foundation then explained the study to members of that group and requested additional information from them.

In narrowing the field down to five, Warner said, “What we looked for most was very strong leadership. We wanted to make sure we were addressing a problem that could impact economic development. These communities really were strong in terms of their leadership and a shared vision.”