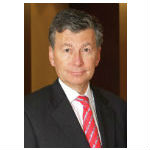 Former FCC Chairman Reed Hundt hopes this week’s acquisition of tier 2 cable company NewWave Communications by investment firm GTCR will be “the first of many.” Telecompetitor spoke this week with Hundt, who headed up the FCC during the Clinton administration and is now an advisor to GTCR.

“We believe cable is the universal American communications medium,” said Hundt. “Cable is the essential connection for everyone, especially in rural America.”

Wireless is important but can’t carry as much information as cable —  and telephone line loop lengths in rural America are very long, all of which means “cable is the answer,” Hundt said.

NewWave is the nation’s 22nd largest cable company, passing 250,000 homes in rural Illinois, Indiana, Missouri and Arkansas. GTCR made its acquisition through its partnership with Rural Broadband Investments, which is headed up by Phil Spencer, who previously was CEO of at least two smaller cable systems – Windjammer Communications and Everest Communications.

Hundt referred to Spencer as a “rising star” in “Cable 3.0.”

Cable 1.0 was the phase when paid TV emerged, with focus on a few superstations, Hundt said. Cable 1.0 stars, he said, included pioneers such as John Malone and Amos Hostetter.

Cable 2.0, Hundt said, brought broadband into the cable service mix – and rising stars of that phase included people such as Glen Britt and Brian Roberts.

According to Hundt, GTCR has enlisted Spencer to find rural cable companies in which to invest because Hundt and others were impressed by what Spencer accomplished in his previous career.

GTCR’s investment strategy
GTCR isn’t in a hurry to cash out on its investment in rural cable companies, Hundt said. “We consider this to be a very long-term [investment],” he told me.

When I asked Hundt what GTCR would look for in a cable company, he said “We want to pay a reasonable price and we’re looking for an opportunity to grow.”

When I asked if an “opportunity to grow” meant that GTCR would look for properties with low penetration rates or that needed a network upgrade or something else, he simply said that, “There are a lot of ways to grow.”

NewWave has a fairly advanced network infrastructure, having deployed DOCSIS 3.0 and with fiber tying its networks together – and if it’s typical of other cable companies that GTCR purchases,  I wouldn’t expect to see GTCR making a lot of upfront invest in cable network infrastructure. Hundt did note, though, that “you have to keep re-investing.”

GTCR’s strategy is interesting, considering that service providers have had difficulty finding a business case for deploying broadband in some rural areas – particularly as distances from population centers increase.

When I asked Hundt about that he said, “Technology keeps producing breakthroughs.”